Ok, so the moral of the story is look at the last thing you touched and find out what you did wrong. So the MAF connector that was crushed when I got the engine was causing the problem. I re-wired it and apparently did it incorrectly. There are two white/black wires on that connector, pretty sure I got them mixed up. That's why it wouldn't start initially. My electrical guy figured that out and we re-pinned the MAF connector, but interestingly it still wouldn't go, though we had injector pulse. We were thinking bad injectors, but it just didn't seem logical for all to be crappy. So after he left, I checked the schematic again, and we had the connector reversed. It's 4 wires in a 5 plug, and we had the open connector on the opposite end. So, un-pinned it again, re-routed, and voila!

So if I had been more careful when I took apart the connector in the first place to re-wire, all this annoyance wouldn't have happened! But now you know, if you screw up the MAF, you can get everything else almost working and it still won't go!

Super happy. Need to start re-wrapping the harness now and integrating the other aspects of the harness into the 910 harness so my gauges and stuff work. Then P/S, etc. And I need to fix a water leak. But it's looking much more promising now.
Top

Big hurdle, cleared. Congrats!
When the only tool you have is a hammer every problem starts to look like a hippy.
Top

Thanks! It doesn't sound the best, doesn't pick up as quick as I'd like, but I also only have a foot of pipe after the turbo, so it's completely open. I also figure there isn't much down low on the boosted 2 liters. Hopefully after I get the exhaust system in and a few of the myriad of things things dealt with, I'll be able to get it running a bit smoother. I have some marvel mystery oil in the gas tank, so hopefully that's clearing things out too. Might have to throw a bit more in there and let it circulate for a bit.

My next biggest issue is to get the power steering dealt with and tidy up the wiring harness. It's all a scotch-locked together mess at the moment. Quickest way for testing purposes.
Top

I am happy you figured it out, the rest should go easier for you as now it is about tuning it rather than getting it to start.

Yea, Nissan motors really like the MAF to be wired correctly. NOFLERS (james) here had the same issue with his although it would start.

Glad you got it sorted.

You can hear the turbo immediately!
Top

Thanks guys, I'm super happy. Wish I hadn't screwed it up in the first place, but oh well!

Also, a good note. If you do the Nissan Quest alternator mod, the connector at the back fits right in, but it's pinned opposite the regular alternator. You have to de-pin that two prong gray oval and switch them, then it works correctly!
Top

Hell yeah, glad you got it figured out. Sorry I couldn’t have been more help.
Top

Not at all man, I'm happy for all the help I've gotten. Just wish I would have re-checked that wiring diagram when I put the MAF plug back together, lol.
Top

Ok, so I've had the engine warmed up two times now. It has a lopier idle than I would like, although the second time seemed better. I also put a ton of Marvel Mystery Oil in the gas tank and some in the crank case to try and alleviate any sludge build up in the fuel system and piston rings. I suppose for it sitting for 10-20 years I haven't really run it much. I also still only have about a foot of exhaust off the turbo. Was going to connect it to the rest of the exhaust today but didn't get around to it. I suspect that's some of the lack of performance. I was also going to do another compression test, didn't get to that either.

What I did do was get the garage cleaned and re-organized so I could fit the car in, as we seem to have just entered the rainy season. I also noticed major rust bubbles in the rear quarters where the bumpers attach. Going to have to yank the rear bumper and do some major sandblasting there before it gets too bad and my rockers rot away. Bad Nissan quality control for rust prevention in the 80s.

Anyway, the really pitted water tube that I originally had dad fill with silicone bronze turned out to have a leak. Rather surprised, it looked great, weld portions were clean, but somewhere there was a crack so it just puked even without pressure. Started dealing with that, thought I could cut it open and weld inside, figured that was a bad idea. And since Nissan was so stupid as to trap this thing under the intake, I decided to alter it. And made a cool tool in the process! Not to mention used the drill press as a lathe! 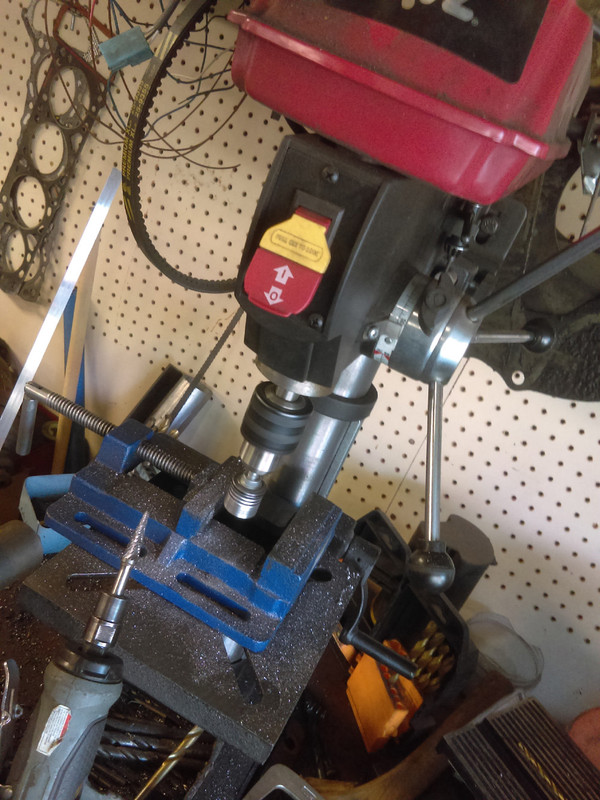 Used a drum sanding roll arbor to chuck it in the drill, then the carbide Christmas tree bit to cut ridges, and the file for filing down the 1" pipe wall so it would fit for a 7/8 hose. 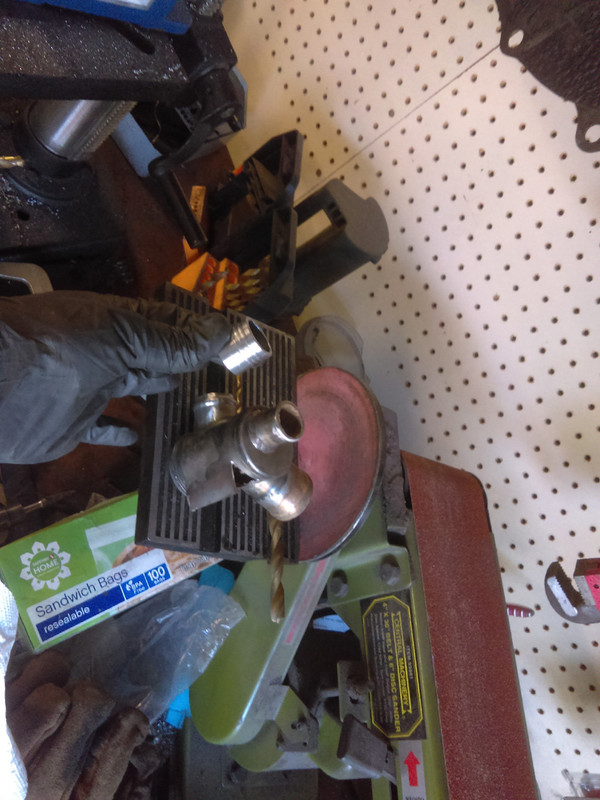 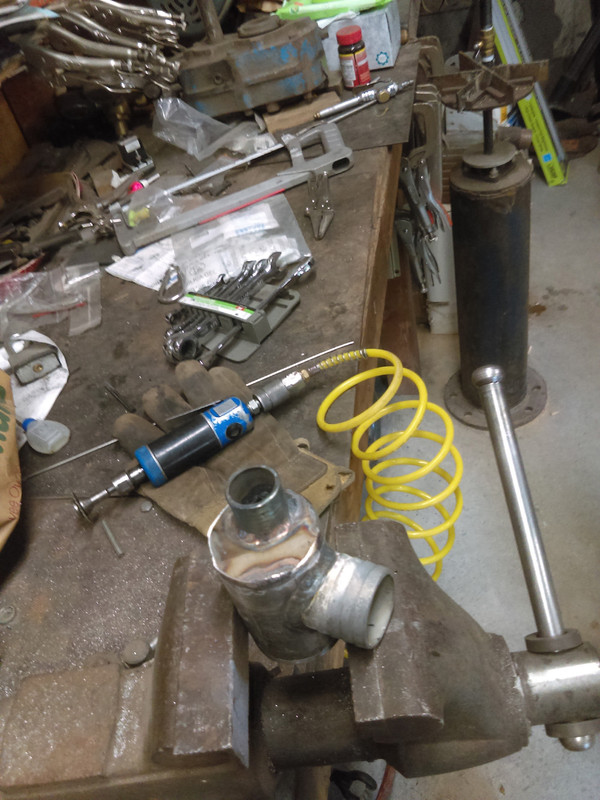 This is finishing up the replication of the original piece, which used to be permanently attached. But if you want to detach it, you have to remove the intake manifold since the bolts on the front end are trapped by the water outlet/thermostat housing that is part of the block. Super annoying. The pieces are galvanized fittings from Ace Hardware, which luckily are just about the right size to work! The only bad thing is welding galvanized to regular steel, lots of inclusions, but Dad did a nice job. Pressure tested it today, no leaks! 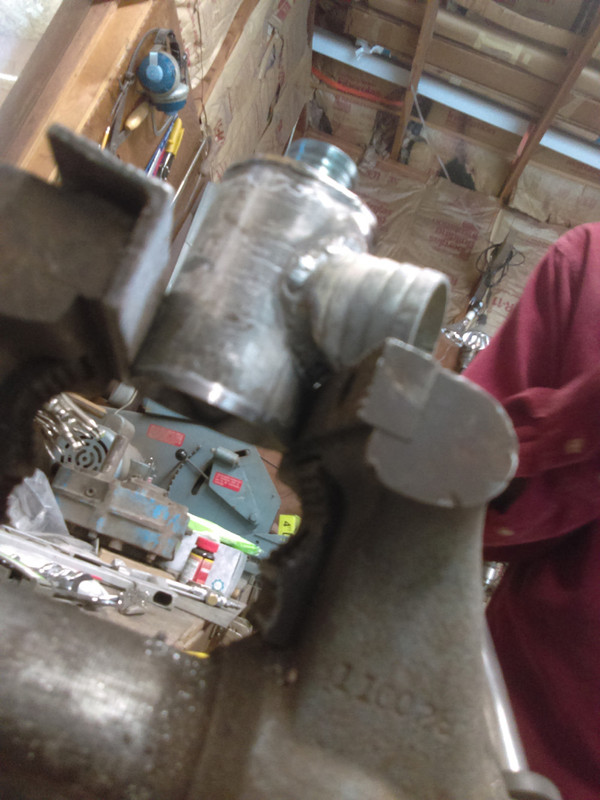 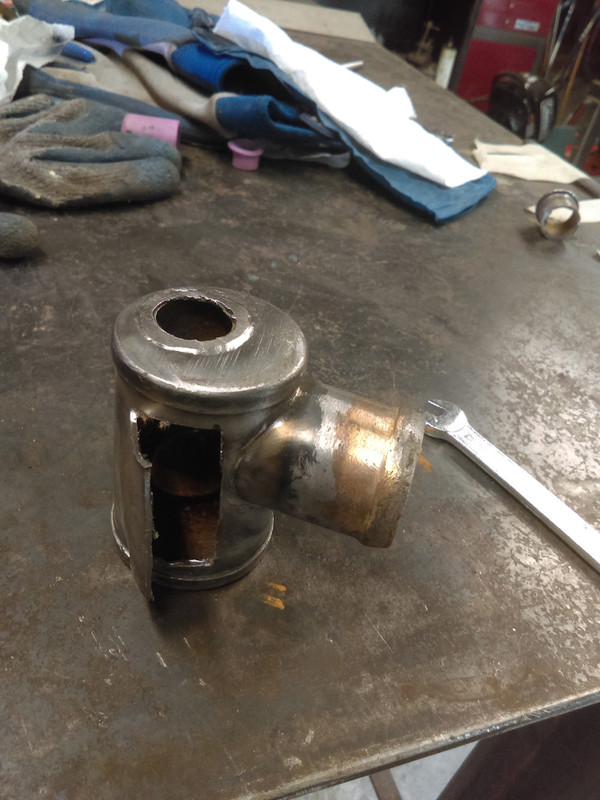 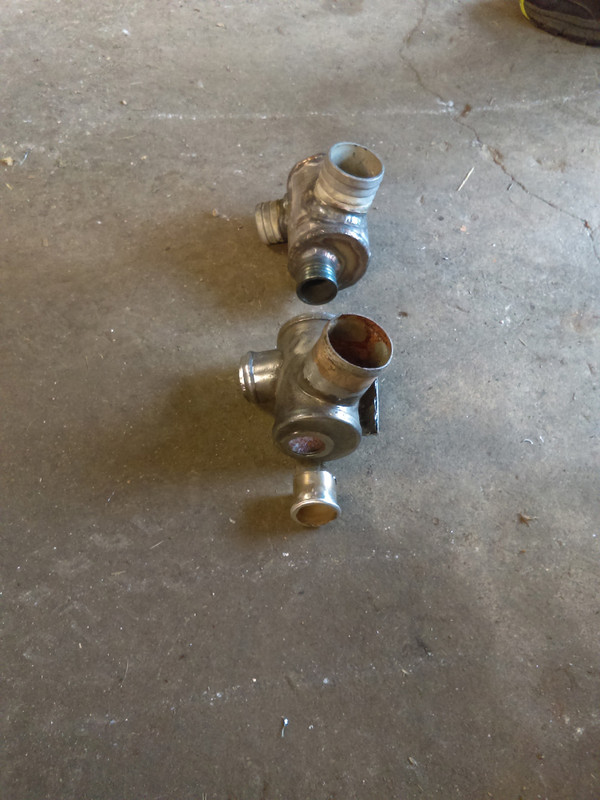 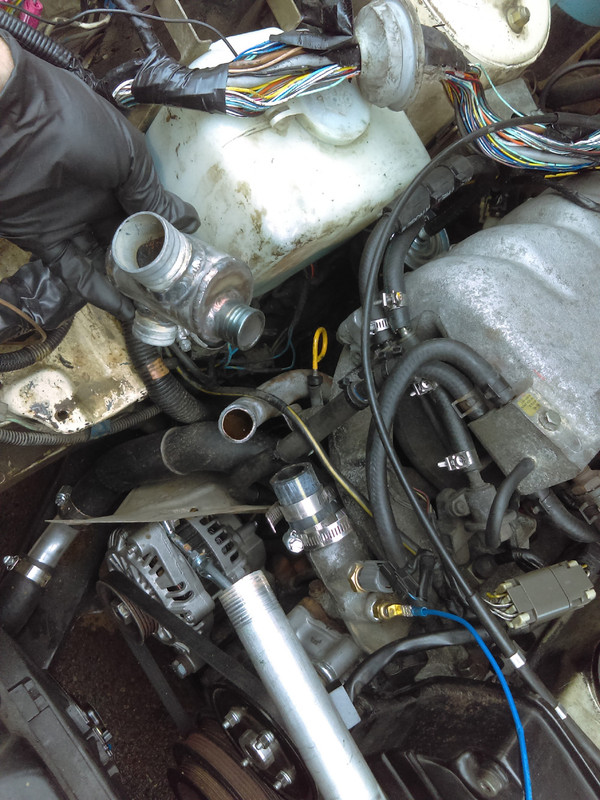 The really cool thing is I had an idea and confirmed it, forgot to take a picture of the tool, but basically a pair of wire crimpers, nice ones, with the bell for uninsulated. You cut the end off and make a bead forming tool. It actually works amazingly well! 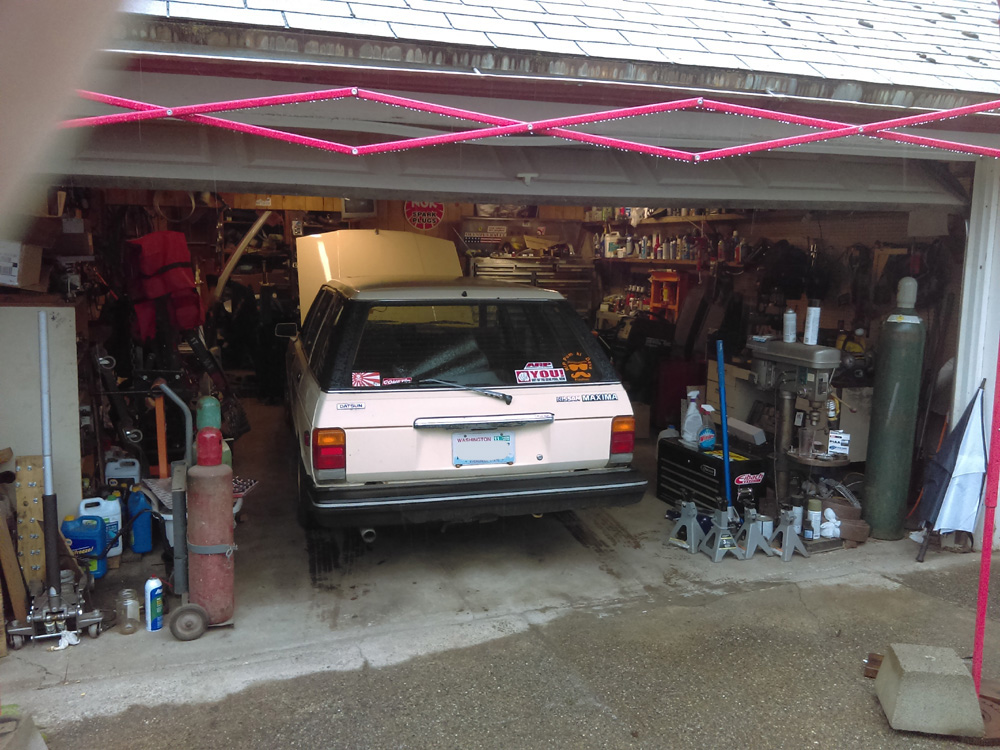 Look, it all fits now!
Top


Laecaon wrote: ↑
Sun Aug 26, 2018 1:02 pm
Quick question. Are my images too large? I can see them appear pretty quickly on my phone and computer, but others maybe not...

Here are even bigger pictures (taken with my DSLR instead of phone).

Another thing checked off the list. All intake tubes have been flanged.


Started with this Milwaukee electrical terminal crimper (it had the longest handles of anything I could find locally). 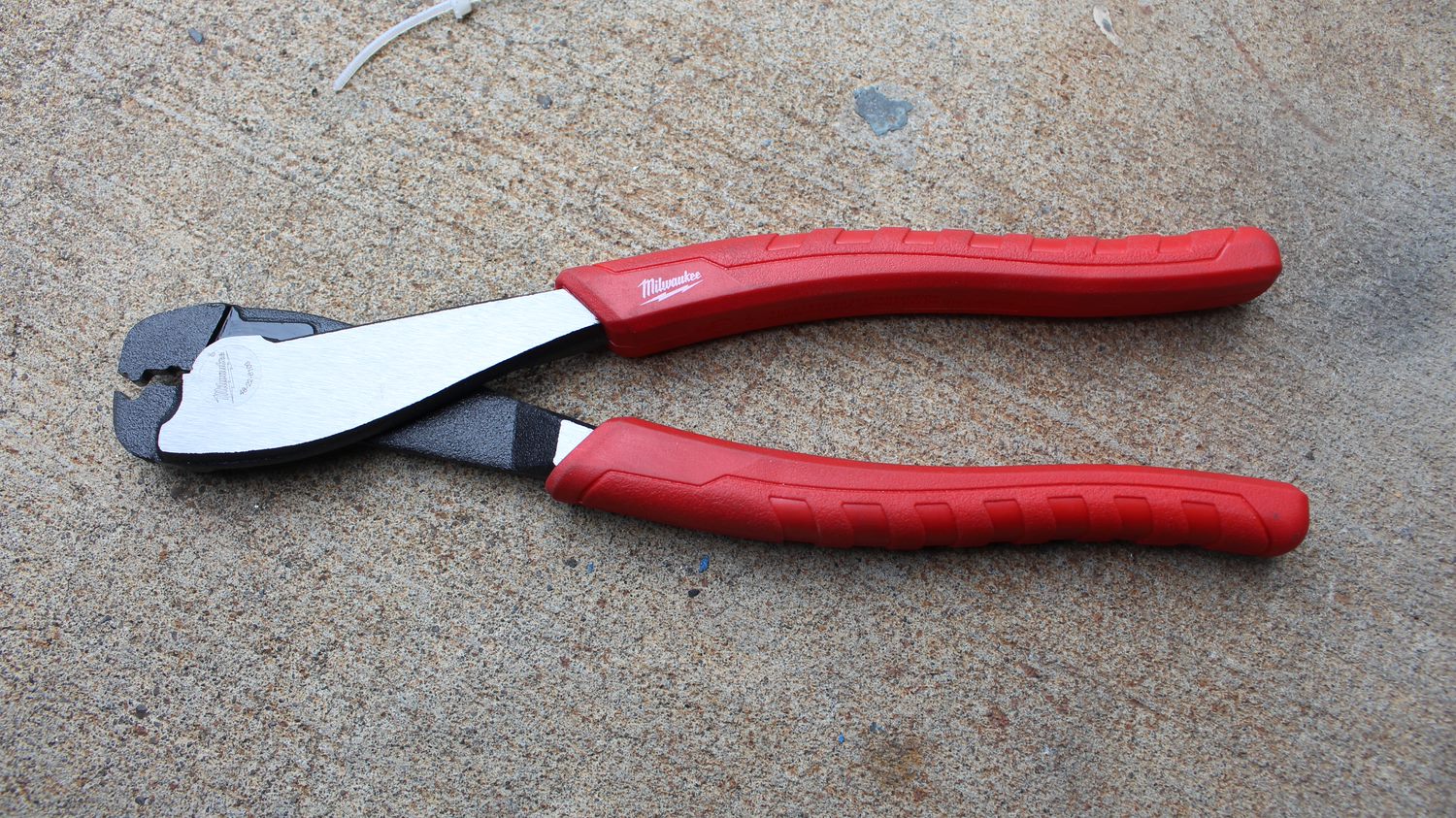 Took various tools to it which resulted in this: 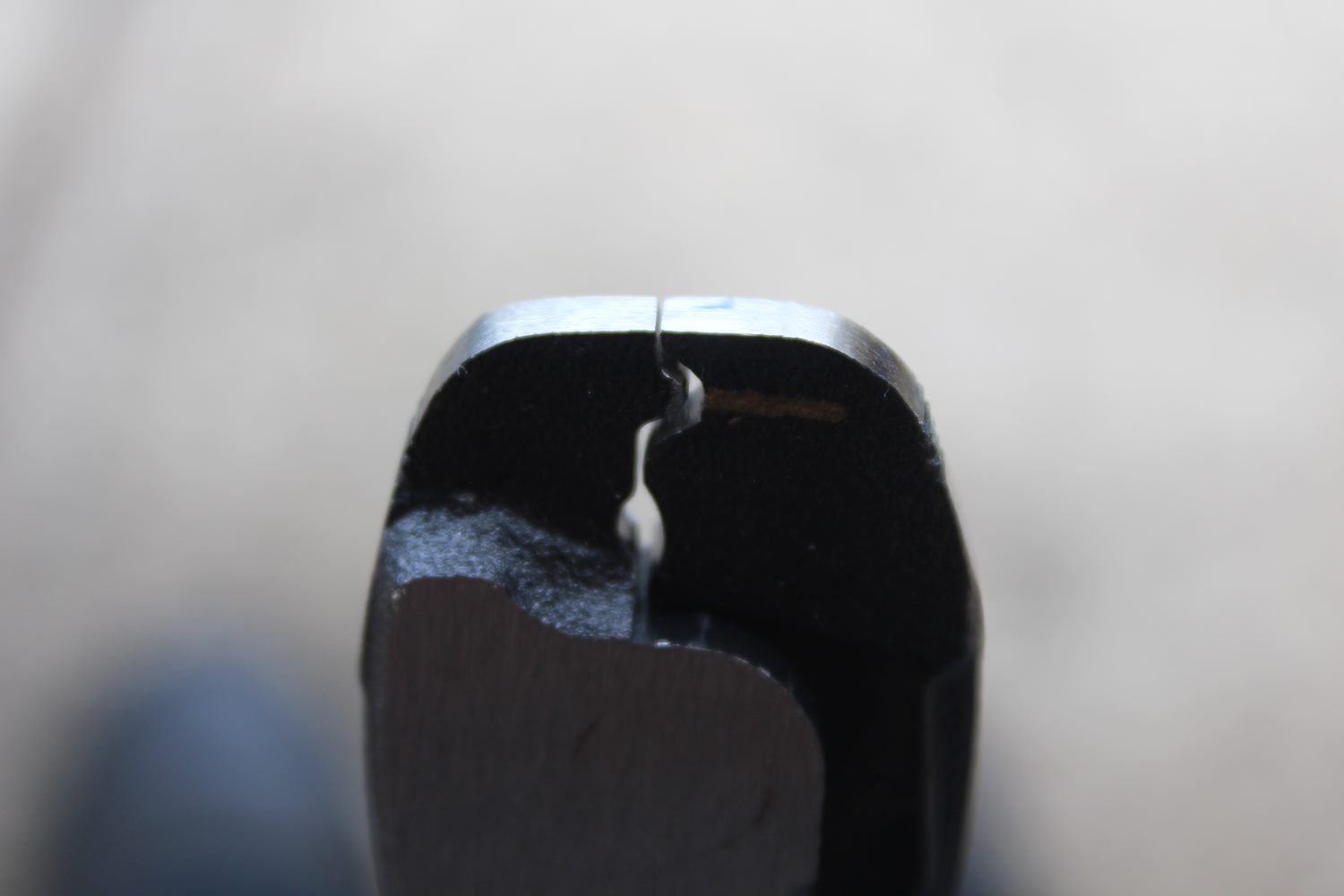 (boo out of focus) 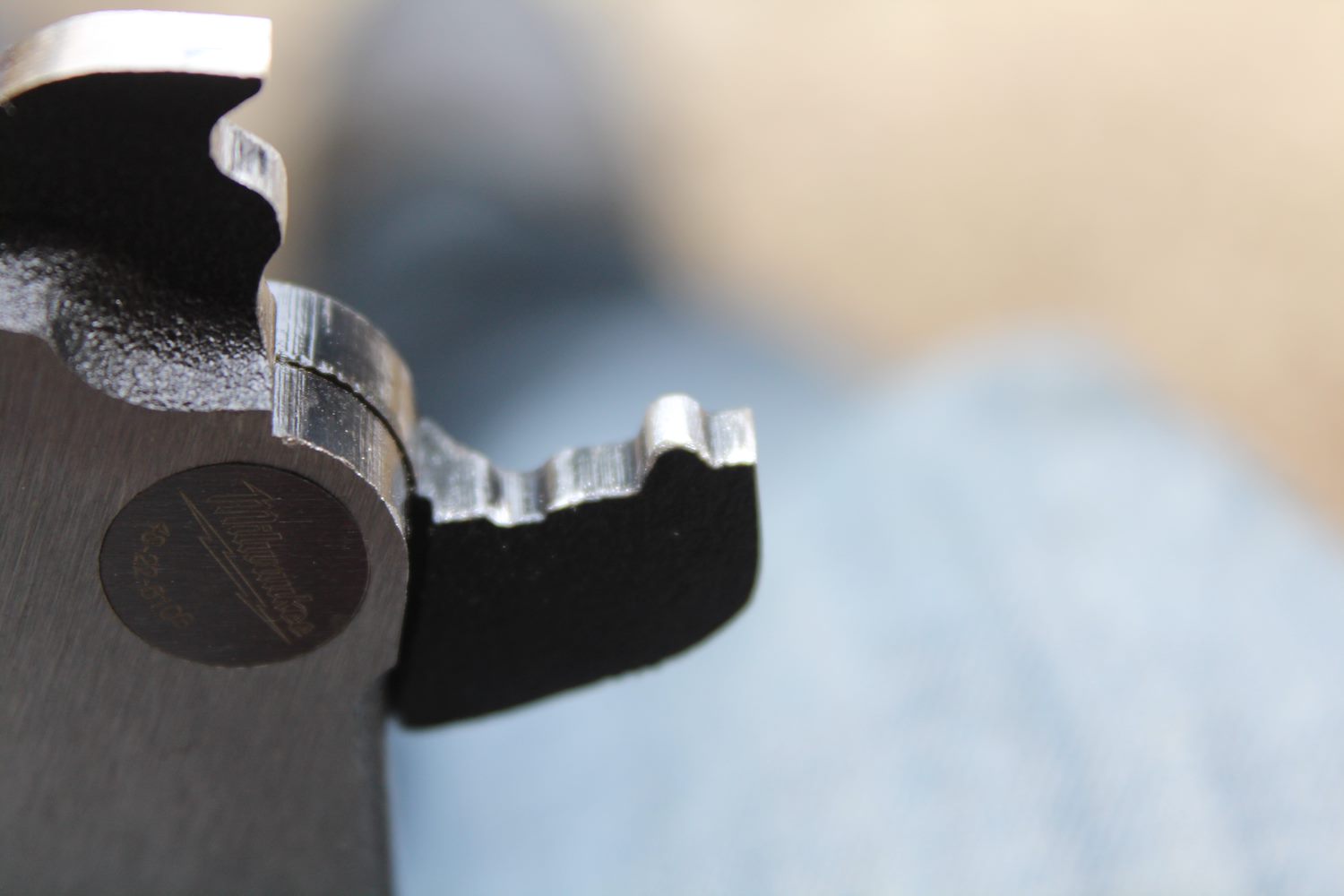 Drew a line around where I wanted the flange and started crimping: 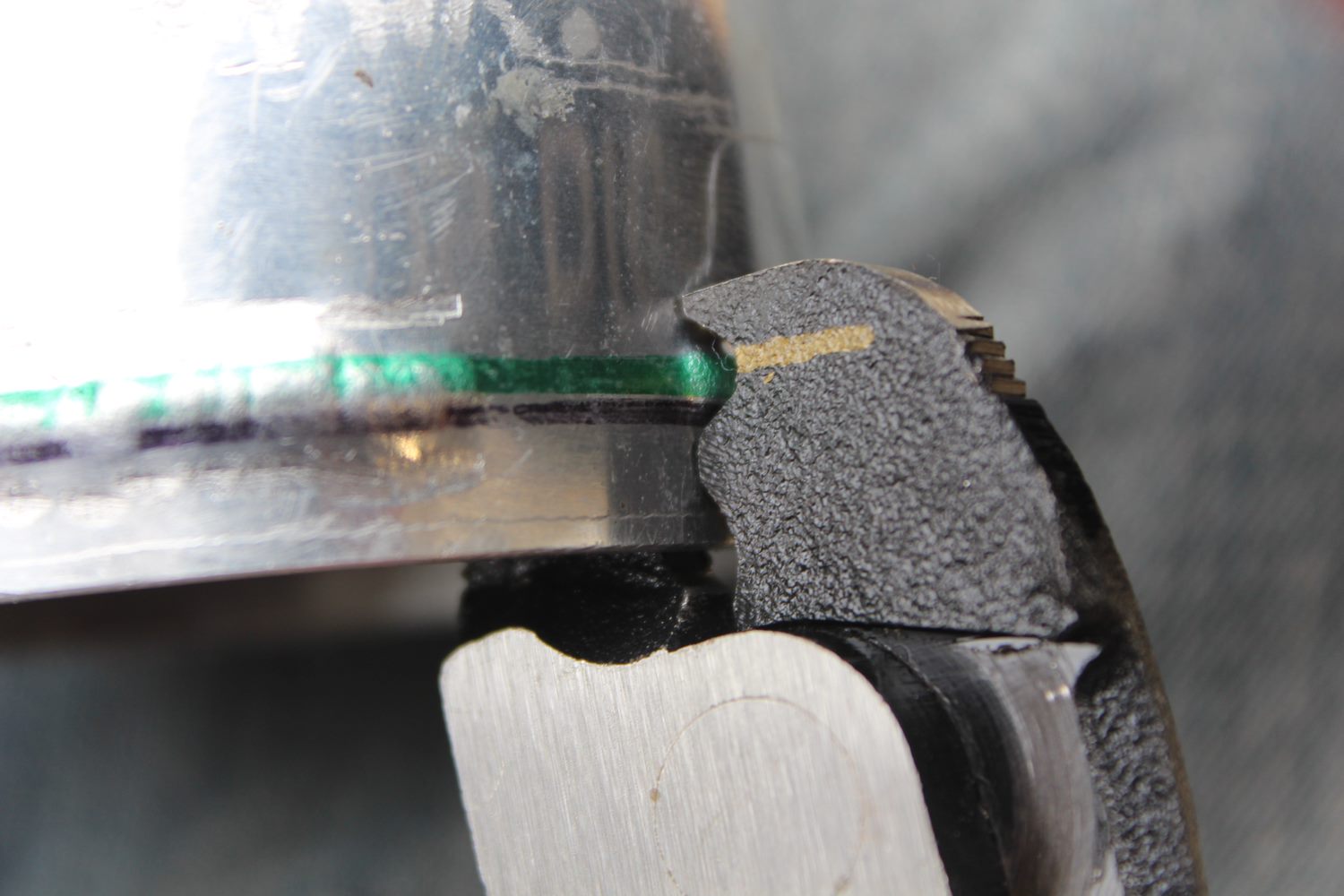 And final result. It will all be hidden under the pipe adapters so I really dont care about the finish. I may alter these in the future if I need to use them anymore. 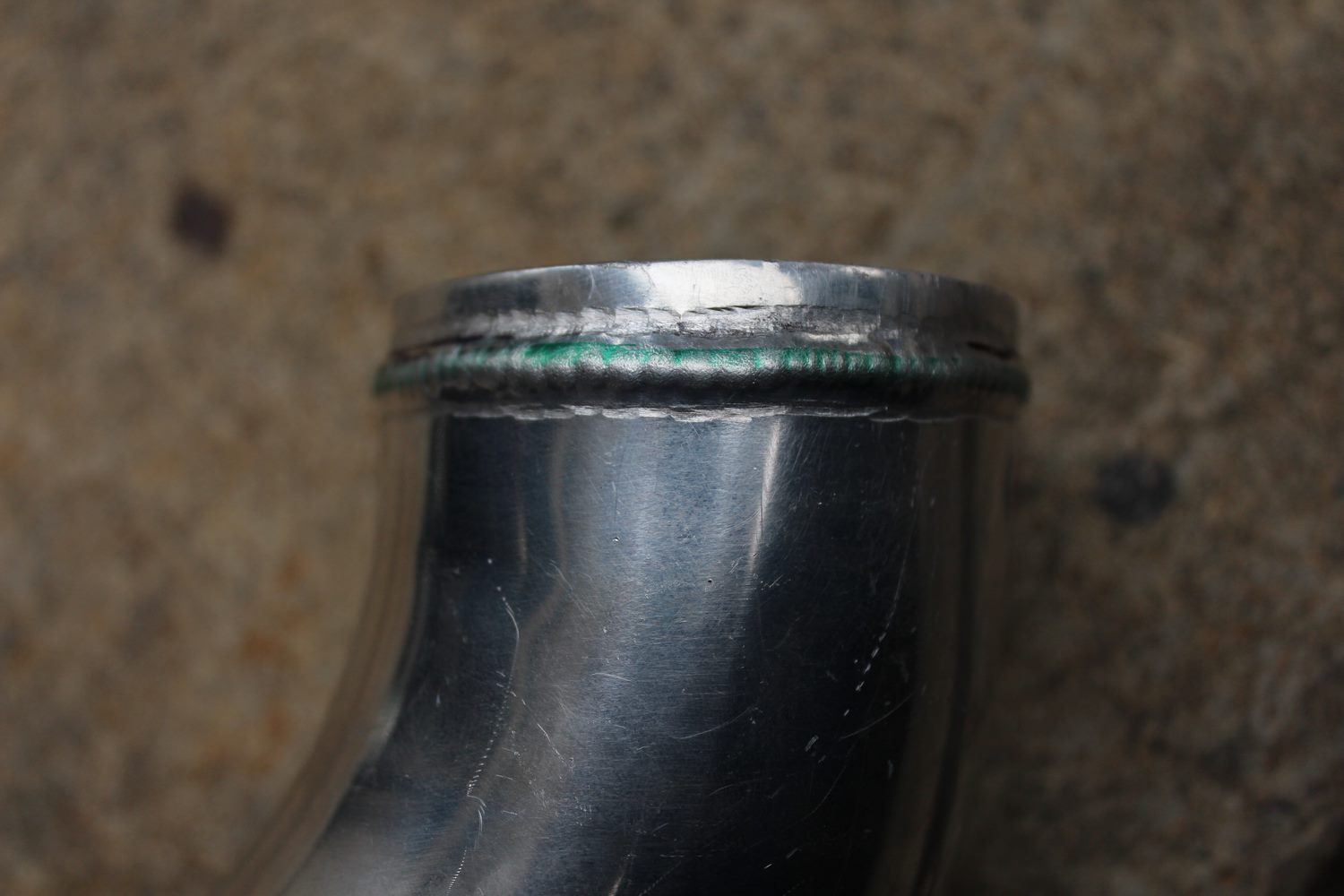 I have approximately 8 ounces of Marvel Mystery Oil in the tank, and a half can of Seafoam. Engine starts up and runs just fine, but as it gets warm, it starts developing a lumpy idle. Responds decently when throttle is actuated. I am worried about the lope however. I know the injectors were sticky as all get out when we manually triggered them via the ECU harness. Being they're from 92ish, I'm thinking maybe I have one or two that are severely clogged, which would explain the cold start running well as it's more enrichment and a higher rpm, then when warm and idling lower, not enough fuel or a poor spray pattern in one or more.

Next thing is to hook up the tach or my non-contact rpm meter I bought from HF a long time ago and haven't used. You tape a reflector to the crank pulley and it should read it. Pretty slick if it works. Anyway, I'll get that and confirm the idle isn't abnormally low.

After that is a compression test since the only compression test I've done is with the motor not even run. Just on the pallet. Now that it's heat cycled 3 times, I should have a decent seal (I hope) and I'm hoping for roughly the same compression numbers. If I get the same, I can figure a fuel (injector) or wiring harness issue. If I get bad numbers, well, then that's another ball of wax and I'll be severely unhappy. We shall see. I may try and do that tonight, not sure. Might have to wait until the weekend.
Top

I would grab a bottle of techron. Or anything with Namptha in it. That will clean the injectors. One of the many reasons I only run Chevron in my cars.
Top

I'd start with the compression test. Not saying there isn't something else going on, it's just hard to tune away a mechanical deficiency.
When the only tool you have is a hammer every problem starts to look like a hippy.
Top

Yep, that's my thinking too. Tomorrow it's on the list.
Top

After this I did a compression check to make sure I'm okay spending yet more money on this build. (Don't do a Japanese engine swap from a 90's era vehicle if you don't want to spend money. I'm about 5-6k into it, though that does include $500 worth of wheels....that still aren't on it.)

Hot compression numbers were great, super happy. 153,158,160,160,155,155 Well within 5% And now, I'm thinking I need to buy the wiring specialties harness. I'm thinking fixing one issue will just lead to more, and then I'm going to have the never ending broken Maxima with RB20 swap. And that is not cool.
Top

Can you backprobe your noid light at the ECM? That would eliminate all the wiring.

Late to the party on this one.

I wanted to be left out of this and wait for him to show up at my house with an RB'd Maxima.


I really just haven't had time to Datsun or Forum at all. Matt texted me out of the blue yesterday and I wanted to catch up. 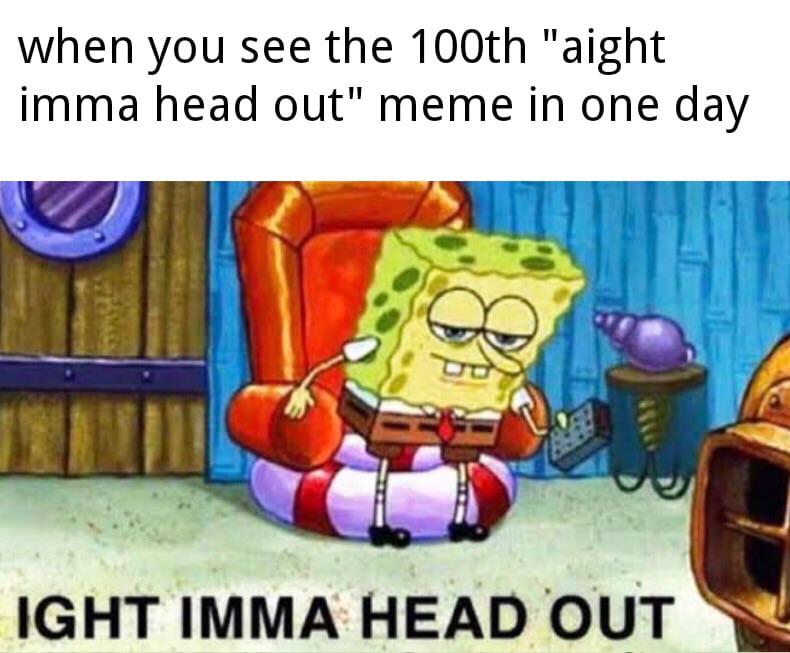 Yeah, but I really think the whole thing should be replaced. Plus it would look a hell of a lot cleaner and eliminate my mess of shit wiring from everything else. I really don't like wiring. Plus, just put the z car up for sale. Hopefully can recoup enough out of that to offset finishing the wagon.
Top
Post Reply
746 posts