Let's see if this works from faceballs! Good to see you Flatcat!! Glad you liked the ride! Damn! I can't get it to work.....hmmm....

What the hell! Why is that video so grainy?

Note: video was not taken with a potato!

I had quite the smile on my face as soon as we hit that on ramp from Arragon. Good times.

Was good seeing you too, Matt. Things have happened at work that will put me in Spokane a lot more than I have been in the past.
We'll get back together soon and run it around the hills around here.
Top

I'm not sure. Maybe because you sent it to my phone. It only came up as 440kb, oddly enough. You should try sending it to my email. Yay! Maybe a few more rides will inspire you to get the 521 done!
Top

Ok, so I did some oil pressure testing Friday. Also managed to walk into the plate that holds the reservoir for the pneumatic lift portion of the alignment rack. 1/4" steel does not bode well for a forehead and nose.

Prior to that annoyance, I figured out some good information. One when the car gets hot and the fans are on trying to cool it it takes too long to cool when the ambient temperature is above 80°. Consequently when it gets hot the oil pressure drops a bit. I decided to hook up a pressure gauge and run it on the left to get an idea of if the original gauge was accurate. Turns out it's relatively accurate. After testing under full load full hot with electric fans on trying to cool it my 2000 RPM oil PSI was 35 at its lowest point spec is approximately 42.

The good news is the lowest 6,000 RPM oil pressure I got was 57 which is exactly the approximate spec at 6,000. Idle range between 16 and 20 but that is an accelerated idle because my idle is about 900 to 1000 RPM. pardon all the capitalizations and the occasional spelling error I'm using the speech to text and it's not that great.

The other thing I noticed was the temperature will stay just fine on the freeway when there's lots of air moving through but the electric fan switch is at 190° currently. The thermostat is a 170 unit factory. I got another fan switch coming so the fans will turn on at 180°. The other thing that's an issue is the two cheap 12-in fans I bought off Amazon seem to only pull six or 700 each for a total of around 1500 approximately. I should have known better than to buy cheap fans and the way they spool up the sound like they're in fifth gear trying to accelerate very very slow until they reach full speed. EDIT: I just re-checked: apparently it's 1500 per each. Even if they do take a while to spool up, they should cool better than they do. So maybe just the fan switch coming on sooner is all that will be needed. That and spacing the hood up in the rear. We shall see.

Between lowering the fan kick on temperature and possibly an oil cooler it should make the engine mostly bulletproof. I would like to be able to confirm cfm. Thinking if I put my air speed meter up to the fans and then a known good expensive one, that should tell the tale.

The other possibility that I just remembered is the cooling system has rust water in it that is still coming out after 3 flushes already. Just did one last week. I don't think it's clogging the radiator since I'm running perfectly going down the interstate. Perhaps the temp switch and better heat dissipation is all I need. 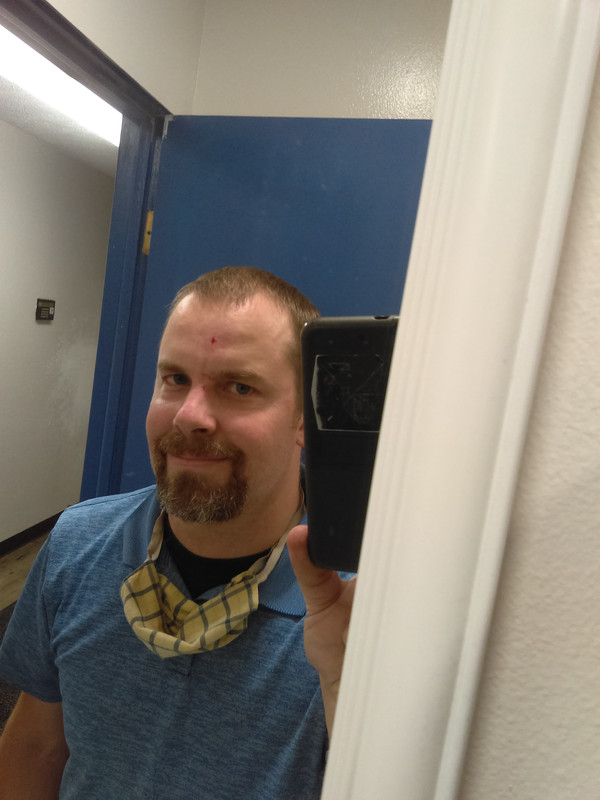 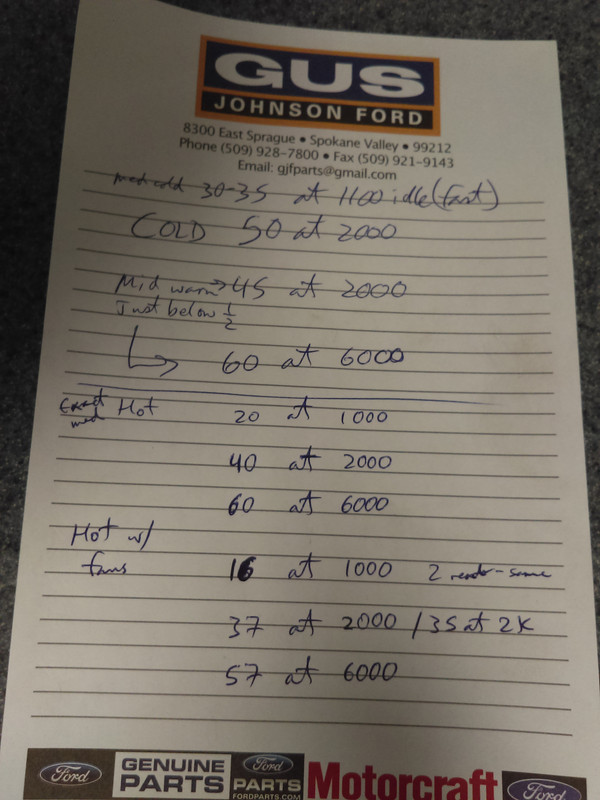 These are the specs from the FSM: 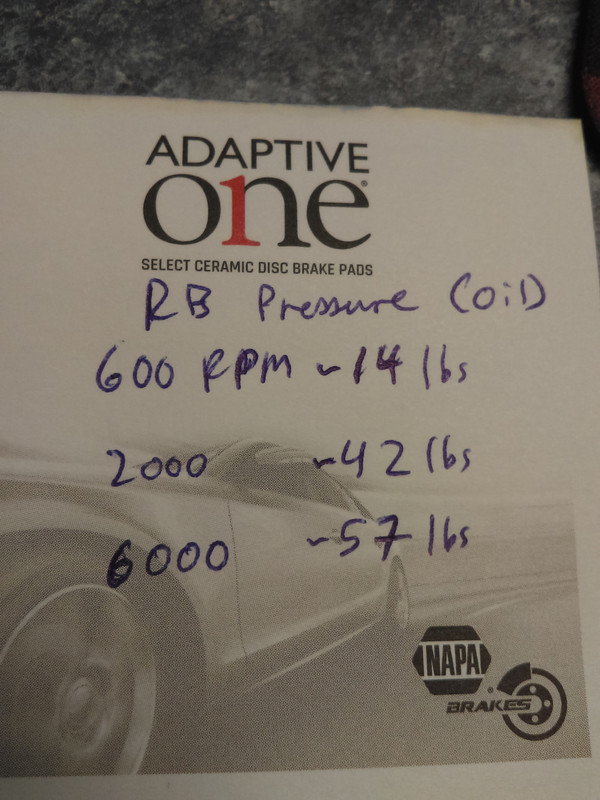 Do you have a shroud around your e-fans, or are they just zip tied to the radiator?
Top

They are just zip tied to the core with those ones you get for electric fans. They're offset and cover a pretty large area. But yes, a proper fan shroud would be a good idea. Might have to do that.

On the other hand, the z car has only one small fan and it cools just fine without a fan shroud.

When the temp is cooler it seems to work well. When I was testing it it was probably 60-65 degrees though, not 90. I am curious to yank the thermostat and make sure it's not filled with gunk from all the rust water I've been flushing out. Unfortunately the thermostat is a giant pain because of one bolt for the housing.

And with the air quality at 448 right now, I don't feel like playing with the wagon outside. Too smoky.
Top
Post Reply
968 posts