Well I have it close now, it's never going to be perfect as I cannot or maybe I should say I will not remove the panel as I don't have one to replace it, I do have a left side NL320 panel but this is the right side I am working on.

I made the plate and installed it. 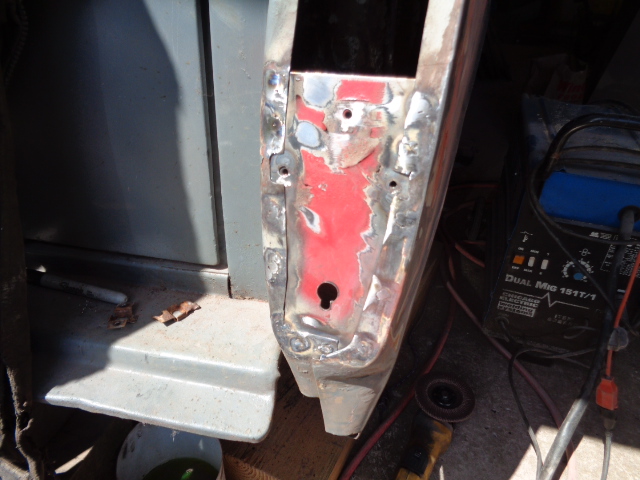 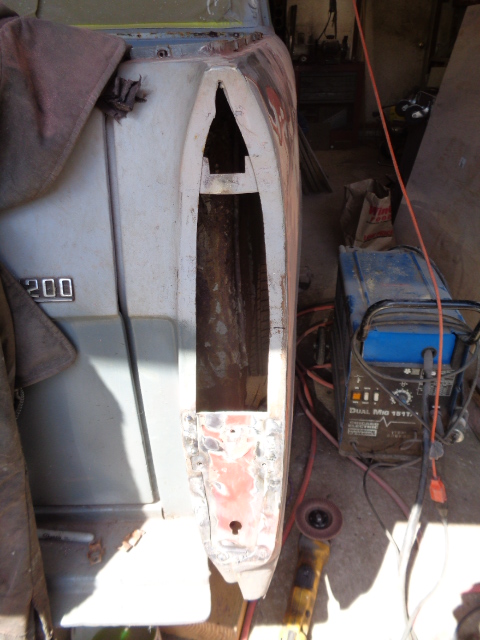 Here is the taillight assembly installed. 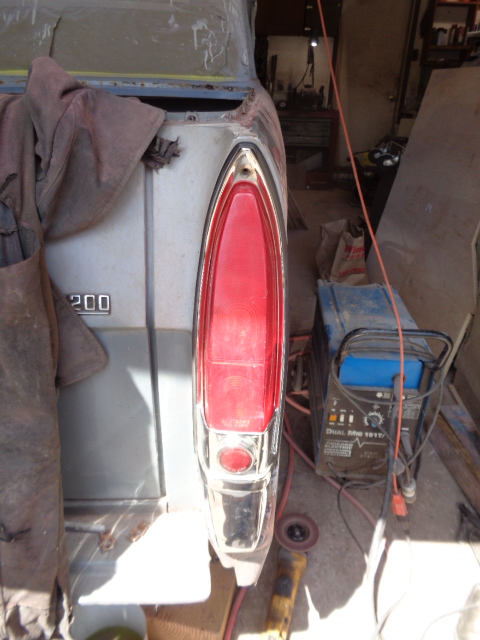 Here is the side from two different angles, it looks close now, closer than whoever the guy was that fixed it before in Australia when the damage occurred, there was one or 2 spots where the bondo was at least a 1/4" thick, the layer I will put on will be less than an 1/8" thick and I will use bondo hair(long and strong) and I likely will finish it with glazing putty. 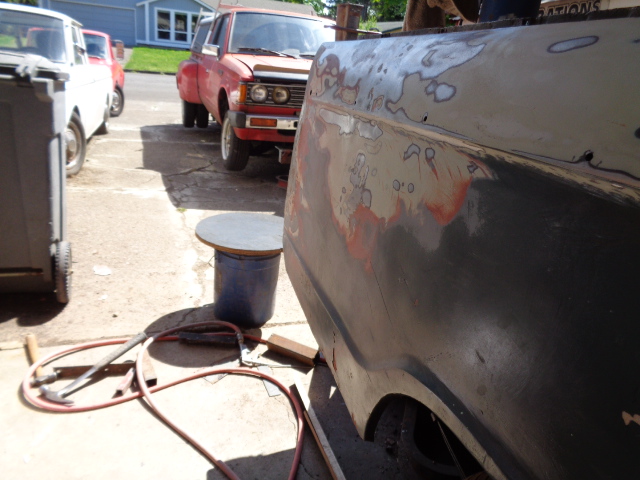 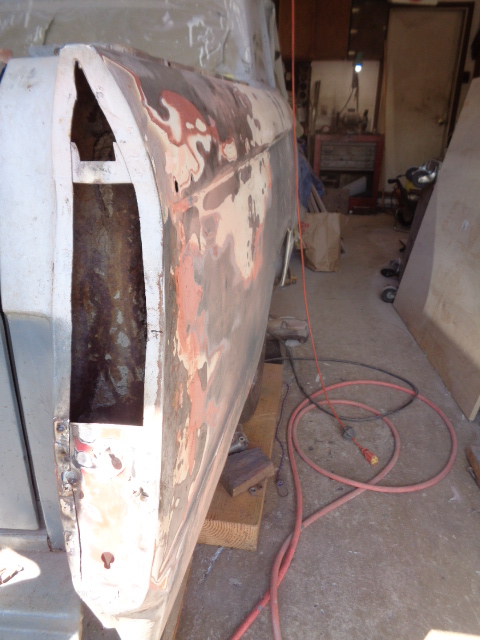 I am actually out of mud(bondo products) right now, this has been a couple days where I made progress forward instead of backwards.

OK, I added the brace for the rear lower skirt. 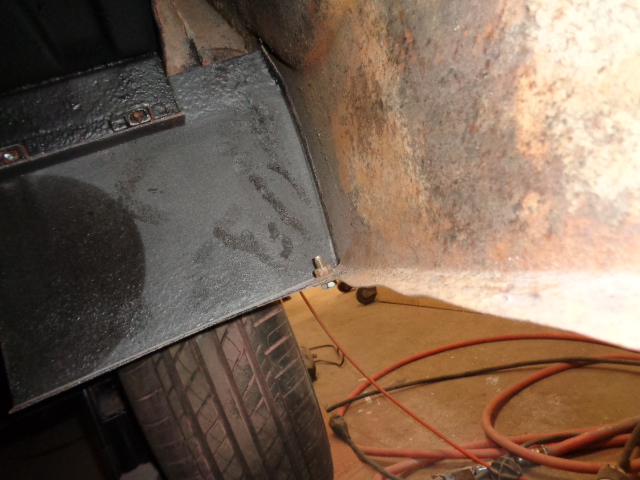 But the fender panel was still moving to easily between the that point and the taillight half way up or down depending on how you look at things, so I made a brace and installed it, it is welded to the outer sheet metal but floats on the inner panel. 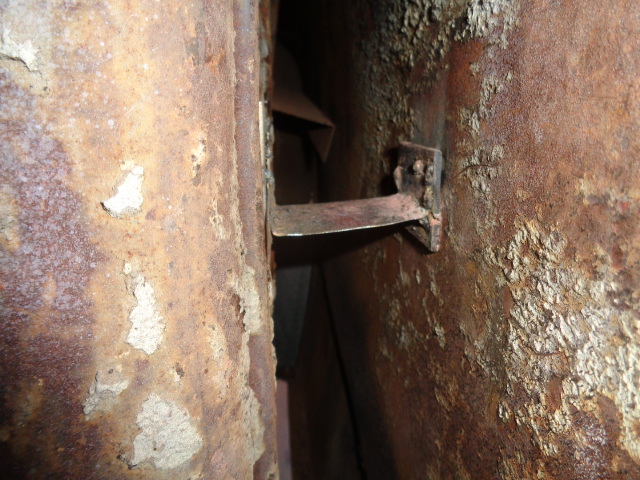 I got 90+ percent of the bondo off this back panel and I used a hammer and whatever you call them hunks of metal to take the dents out from the inside and outside, I used a straightedge on the other side to see what the body panel curve is supposed to look like and I have it close, but in the end it will likely take me 10 tries to get it the way I want when I start applying and sanding off the mud, I really have not done much in front of the fender well and back of the door, there is one dent that I cannot get to the back side, I do not know how thick the mud is in that dent, I found it by accident, I kinda wish I had not found it, ignorance is bliss, I could not even tell it was there until it was too late. 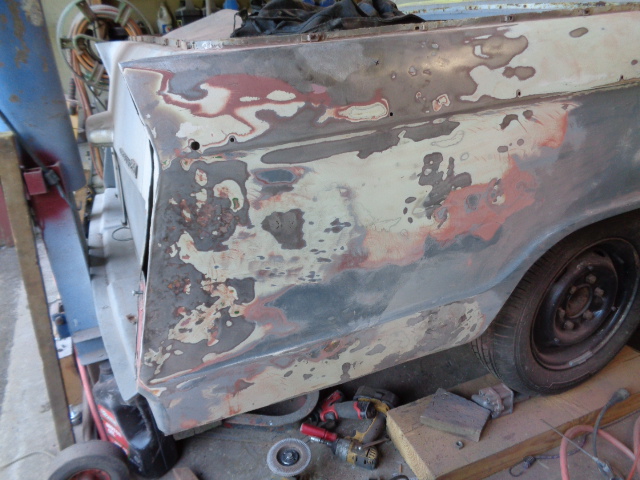 I am working tomorrow, might not do much tomorrow except tend the garden, the corn is coming up, but the slugs are coming out also, they have already fell 3 or 4 corn starts, but I planted another 50 seeds where corn did not come up.
“The difference between genius and stupidly is that genius has its limits” Albert Einstein
Top

It appears at this time that the Brooks OR show(ex Canby show/meet) is going to happen a little over a month from now, the venue is financially hurting from being closed for so long that they want us to come, I am hoping to be able to take this truck down there this year, but one never knows what is going to happen in that State.
“The difference between genius and stupidly is that genius has its limits” Albert Einstein
Top

I worked in this area a little this afternoon, I tapped away for quite a while making the body line around the rear fender well look proper as it has been hit on this side in several places. 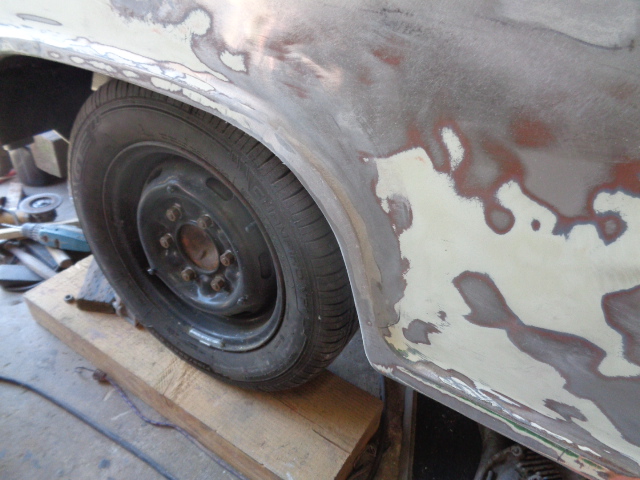 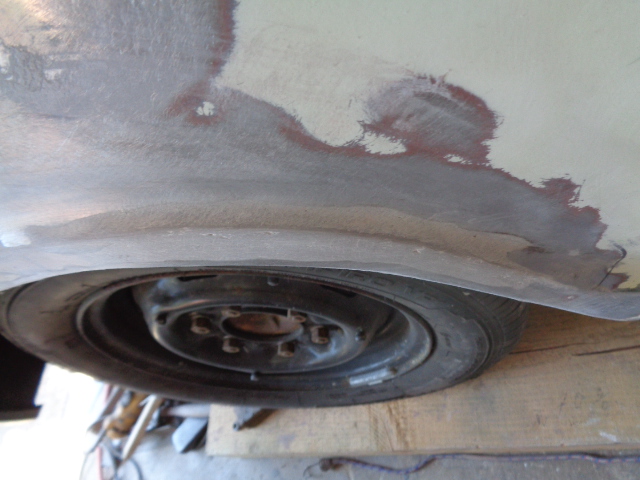 After I stopped and looked at it I determined that the front part at around 2pm is actually twisted a little and I sanded too much in the one spot, so I will fix that when I have bought more supplies.

It is hard to get a photo of what the curve is supposed to look like. 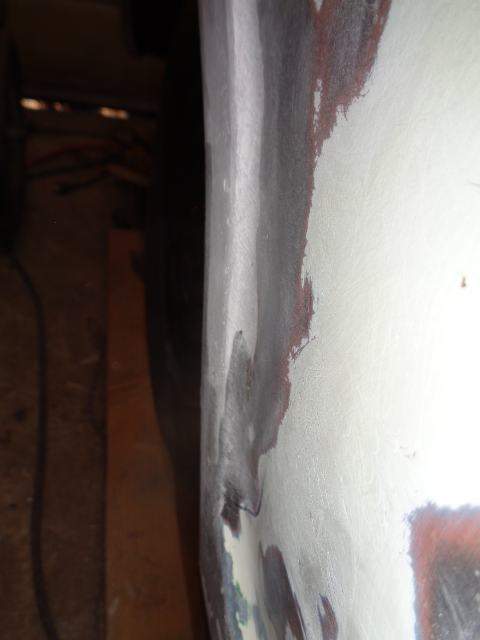 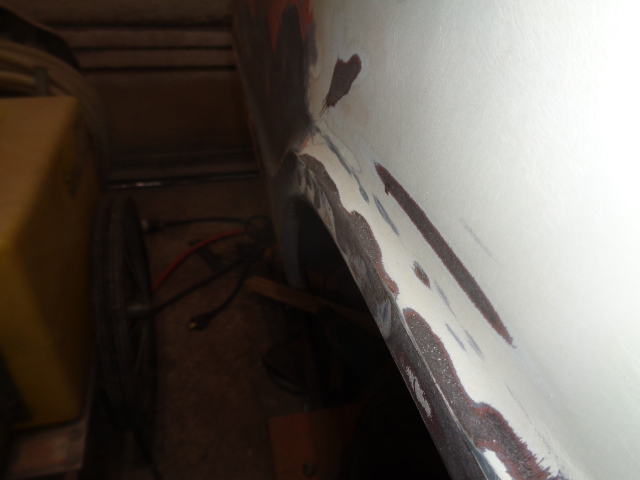 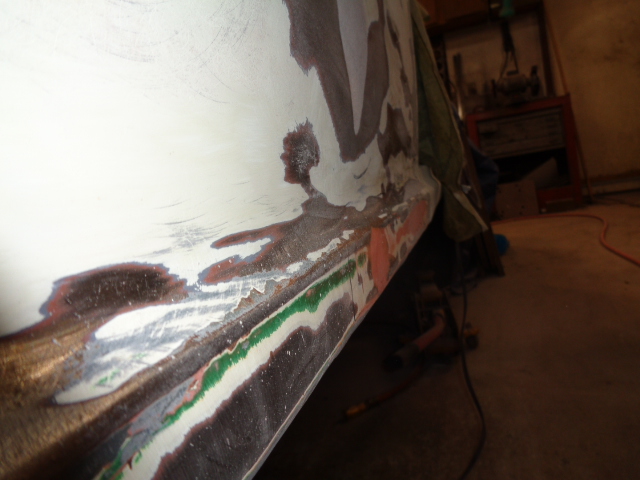 This is the other side, it is wasted. 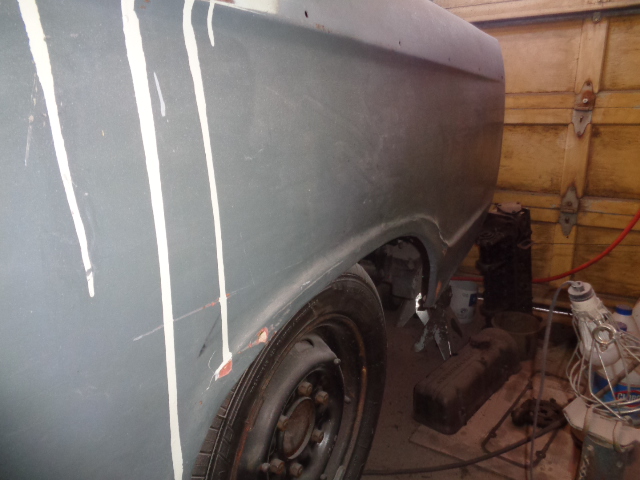 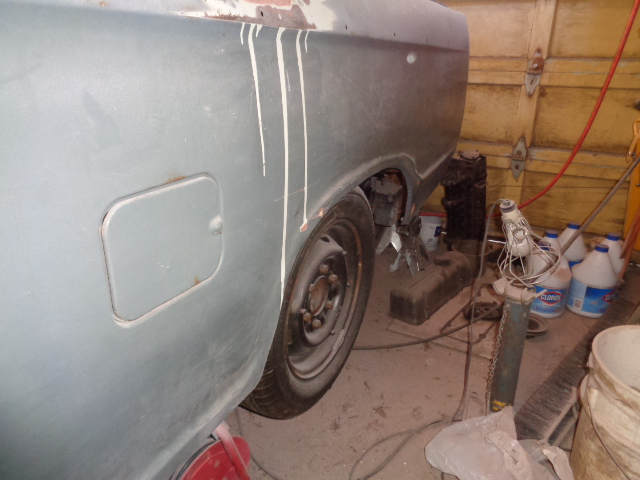 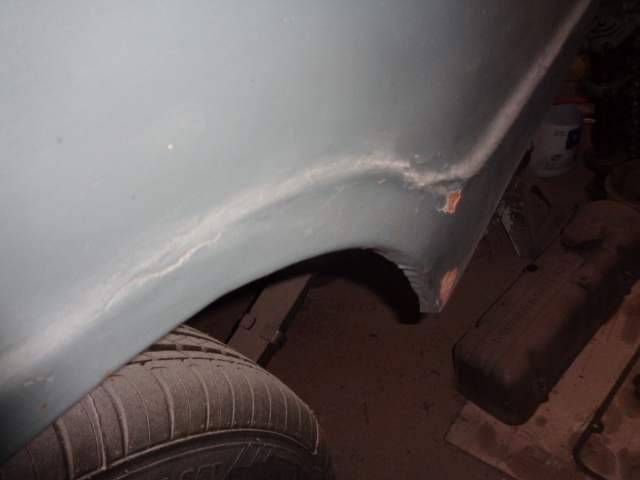 But I have this, it is not for a U320, it is for an NL320, but I might be able to use it to fix this side, I will worry about that once I have got the other side close. 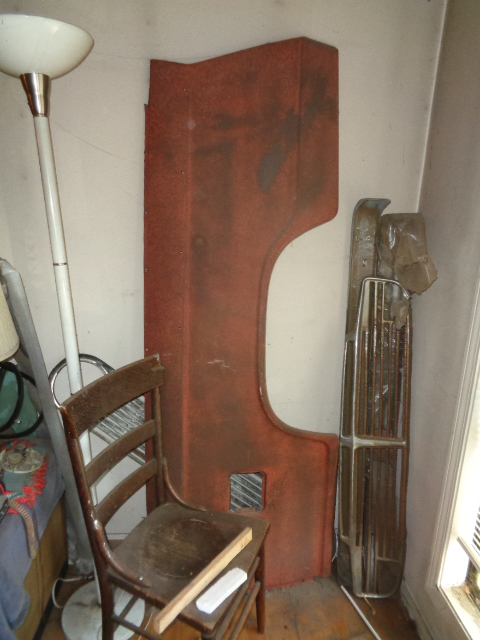