My boss is super cool but I'm thinking about productivity and having my shit in the shop does not lend towards good productivity. Anything I do I finish in the weekend typically unless I can stick it out back. there's paying jobs and there's my shit, guess which one I want in the shop more LOL.

Anyway got the camper shell off peeled off the old nasty leftovers of foam tape on it. also ended up sanding down the rails a little bit where there was some rust starting and painted it with Chevy engine enamel because I didn't have any other paint. it's mostly covered under by the canopy anyways so not like you really see it. Eventually I'll actually do some body work on the bed and paint it but that's when I eventually paint the whole truck which isn't going to happen anywhere near soon.

Anyway got the engine on the stand got the bed painted taped canopy on and I'm good to go home for dinner. I'll bring the box van back tomorrow to get the engine.

And since I can't get a seal kit for this vision canopy which is apparently from 2004 according to the stickers on the inside of those windows, I ended up beating the frames back into place with a block of wood and hammer and then put right stuff in to fill in the gaps.

I'm torn between having a camper shell for the dogs and just getting a trifold hard shell tonneau cover or a rolling soft tonneau cover. More money I don't need to spend we'll see if this keeps most of the leaks out now. 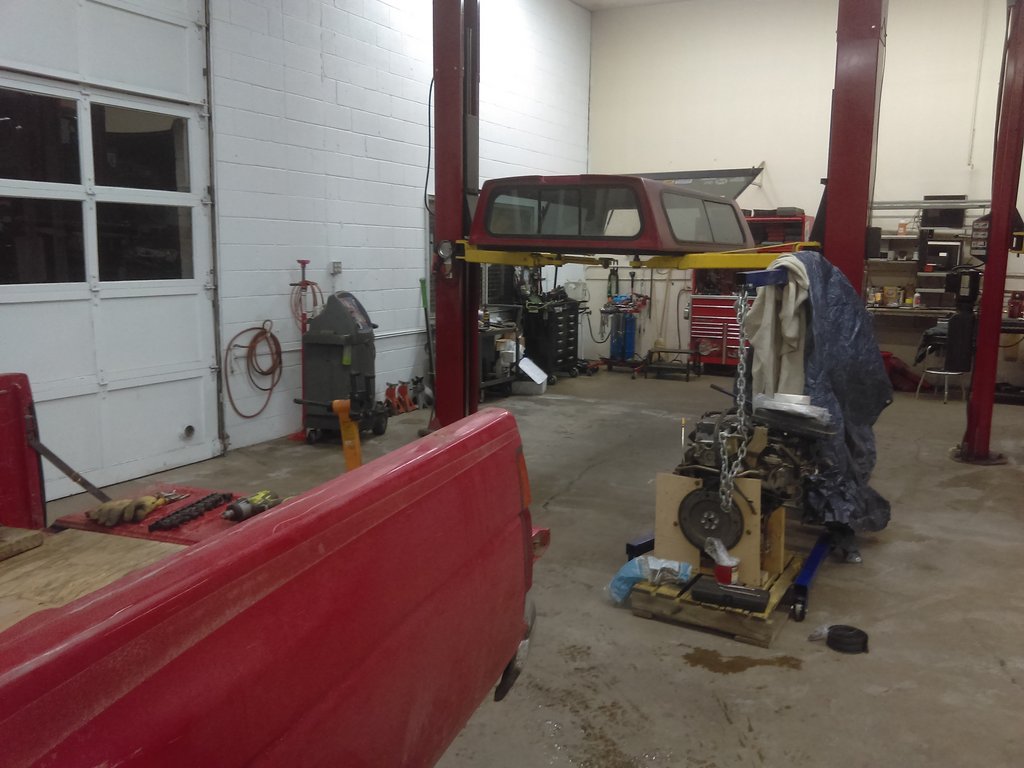 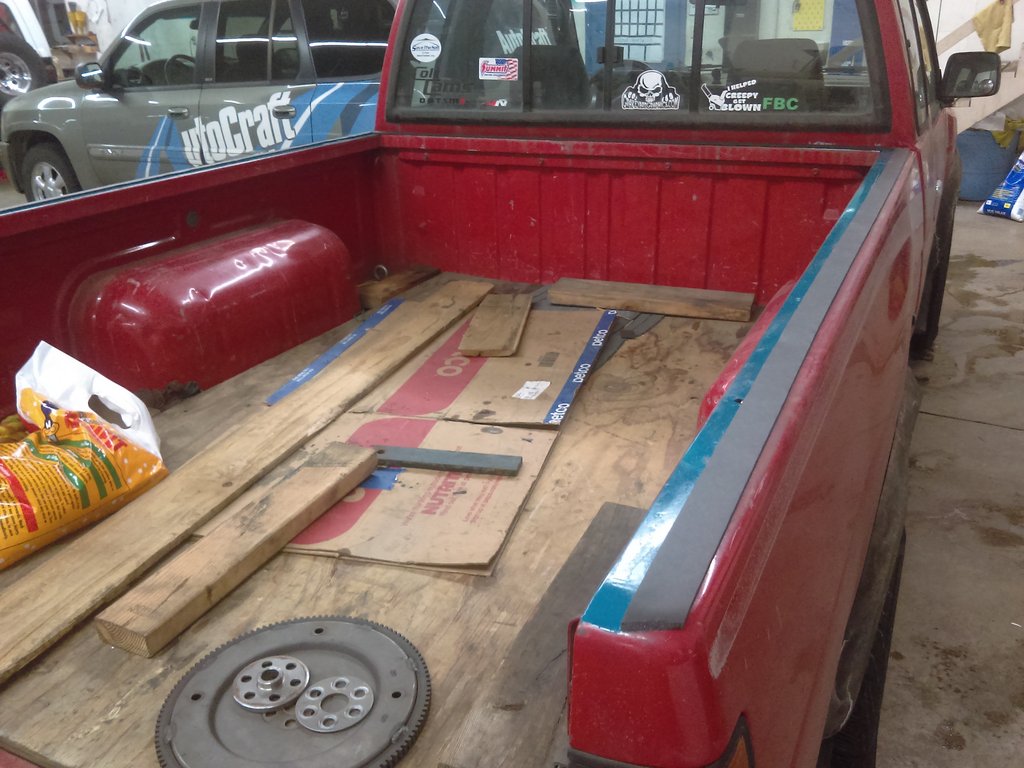 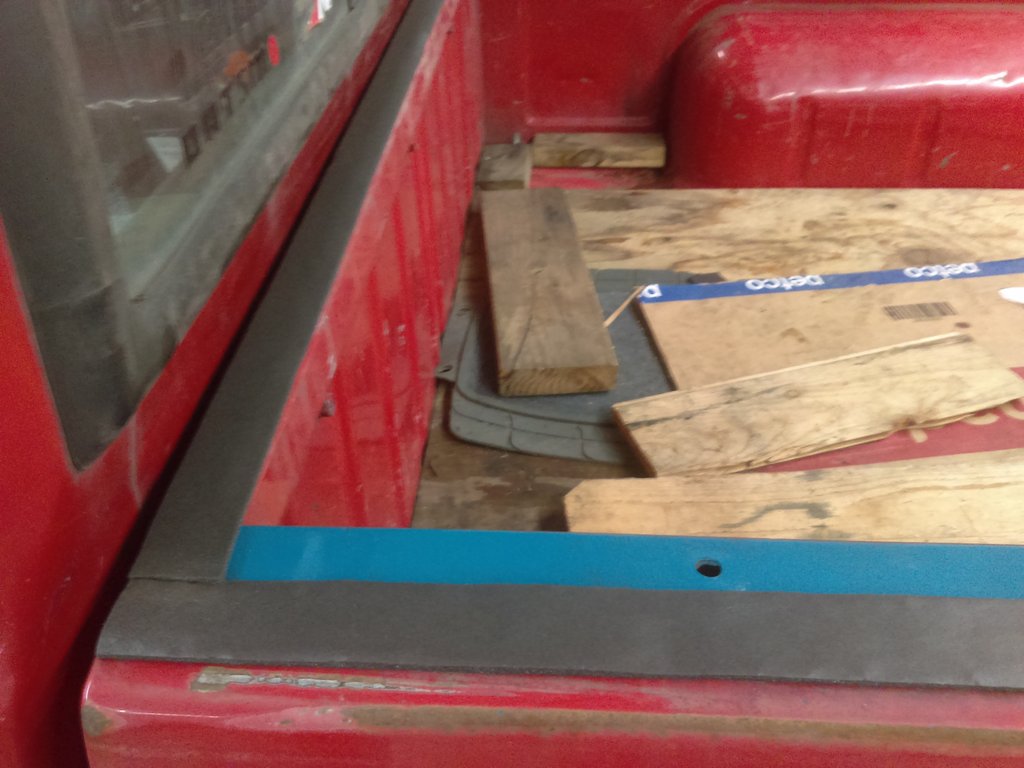 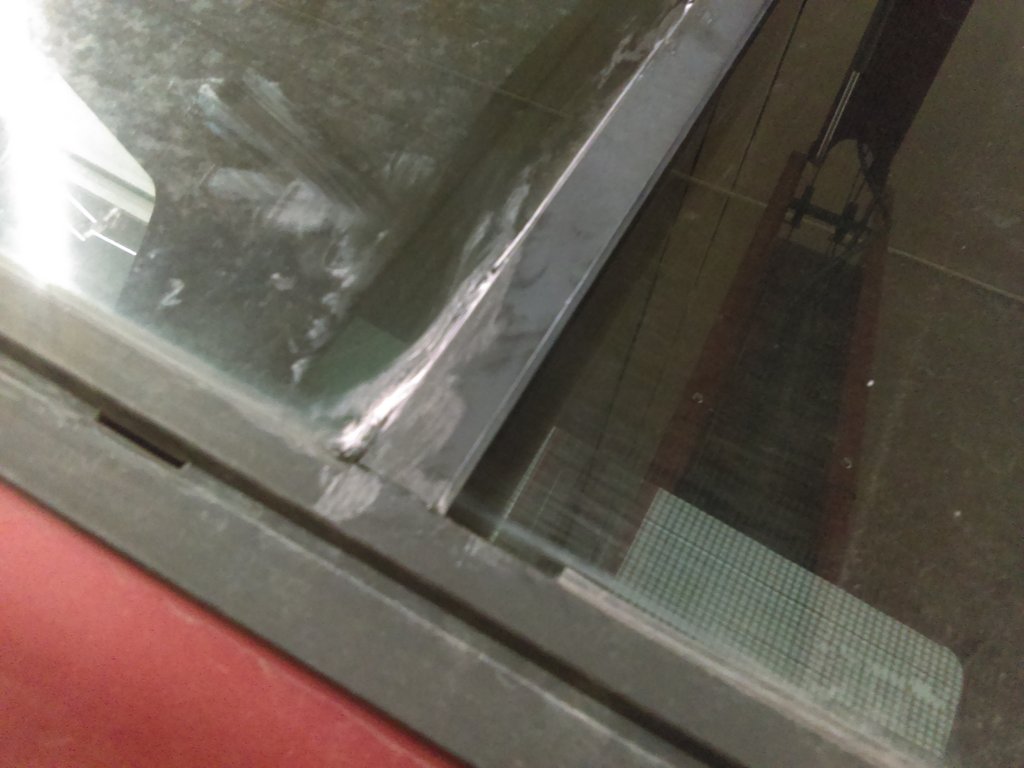 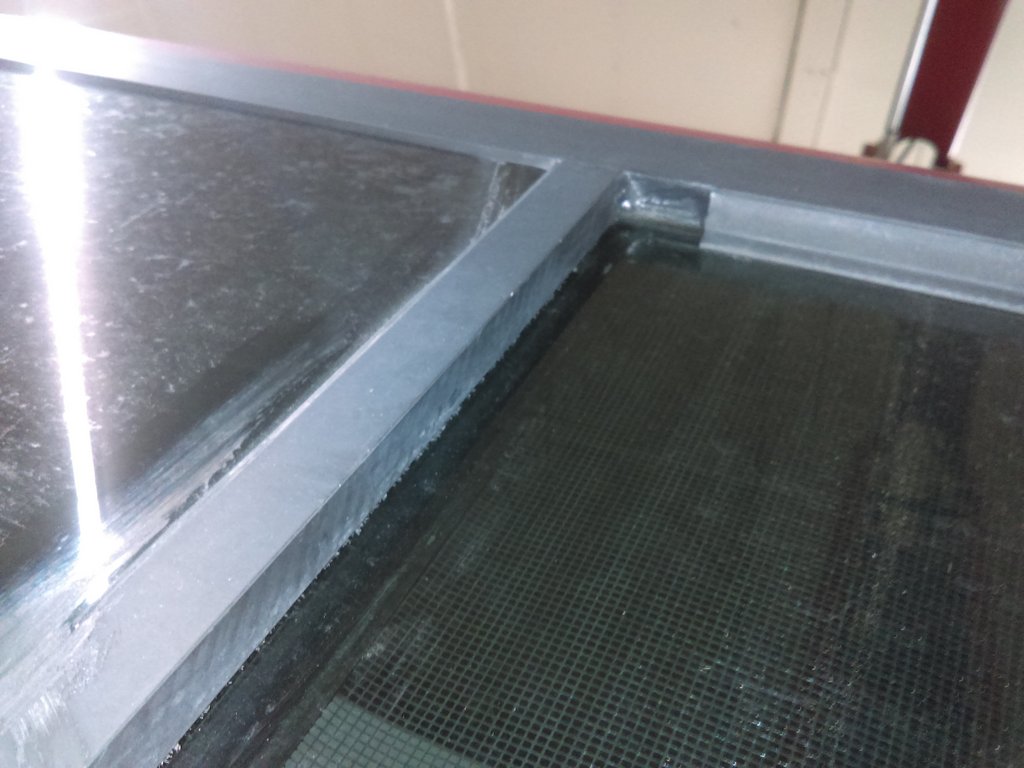 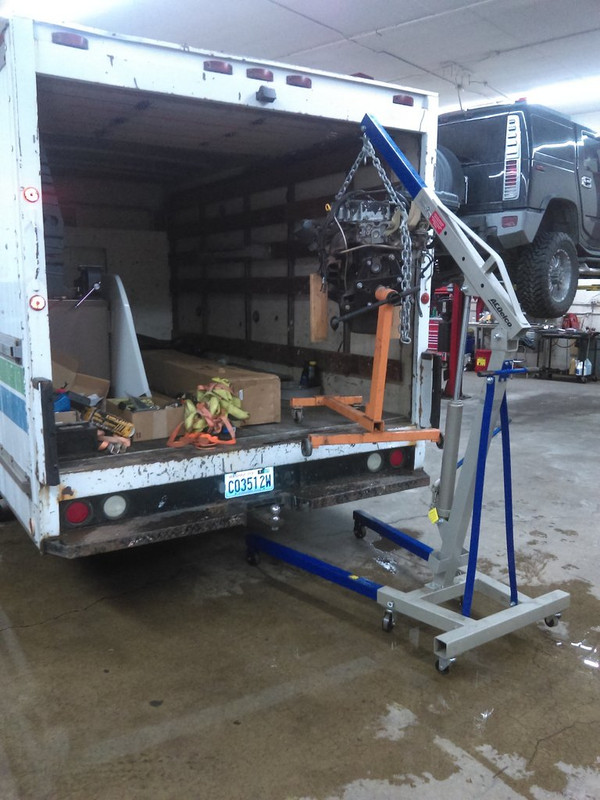 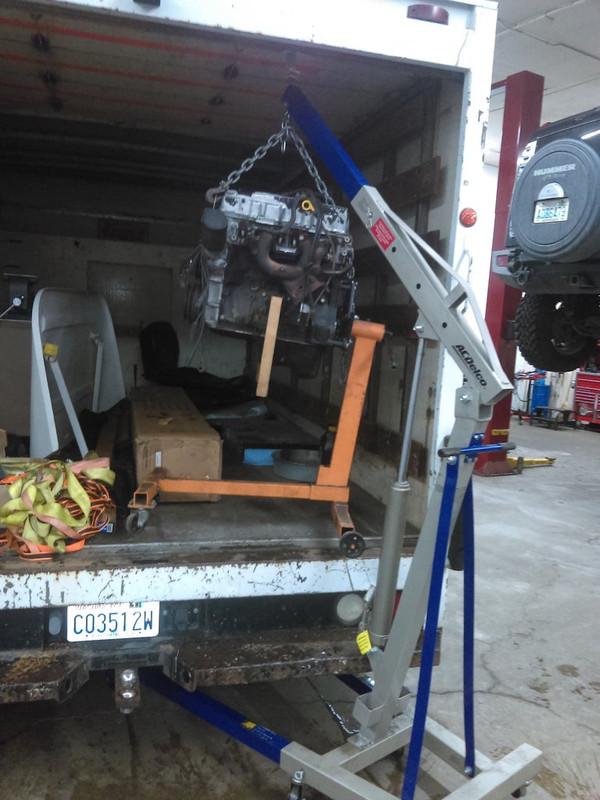 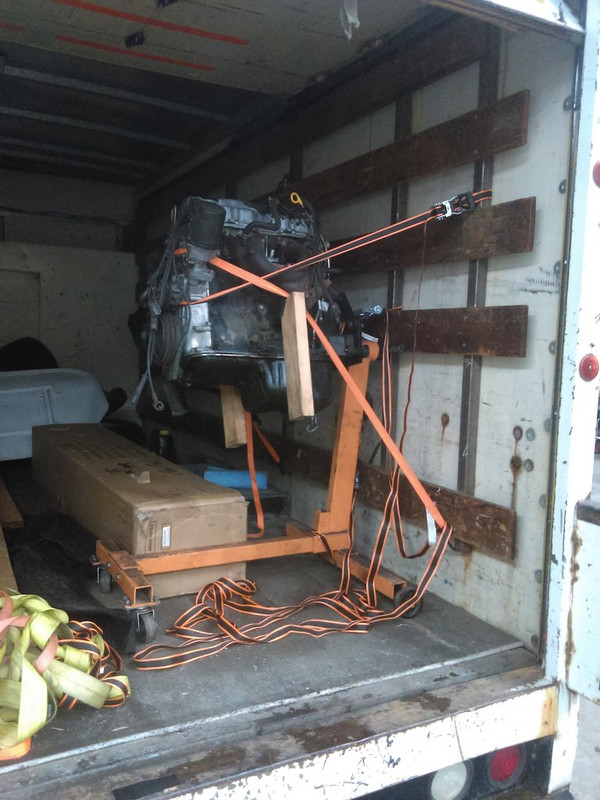 Have I mentioned how handy a box van is?

I also got the rearview camera hooked up. So nice! I can back right up to the hitch now. it has a second camera option too and I think I'm going to hook that up so I can actually split while I'm driving down the road and see what's behind me instead of the narrow view by the rear deck.

The wood hanging off the mounts was from the old pallet the engine was mounted on. Just haven't removed them yet.
Top

Sent my core camshaft off to Colt Cams in Canada, eh? today. I bomb-proofed it with some wood trim I had leftover, and some bubble wrap, and a cardboard box. It was 13 pounds on sending. The wife said that's going to be expensive to ship. I ignored her. And yes, it certainly was, lol.
Top
Post Reply
123 posts