I was able to do a little more work to the car today. I made supports for the speakers and got the rear panels back in. Then I messed with a few more things. In the rear I changed the badge to a sunny nos badge I got from overseas. 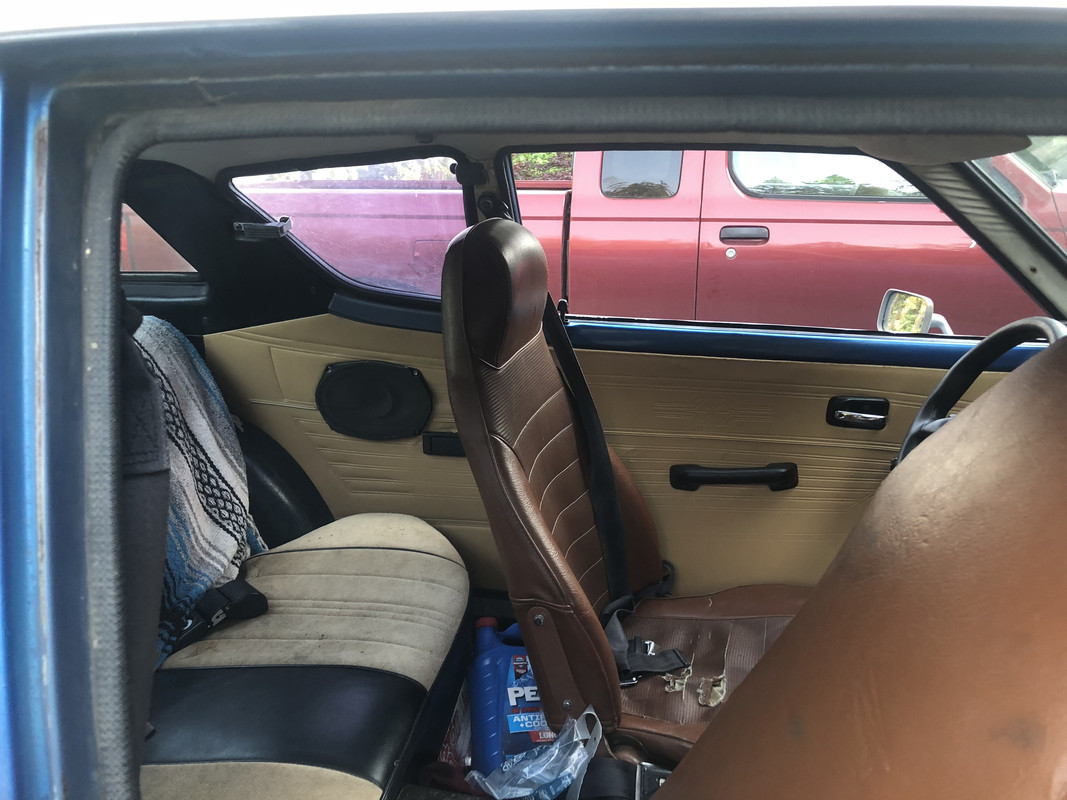 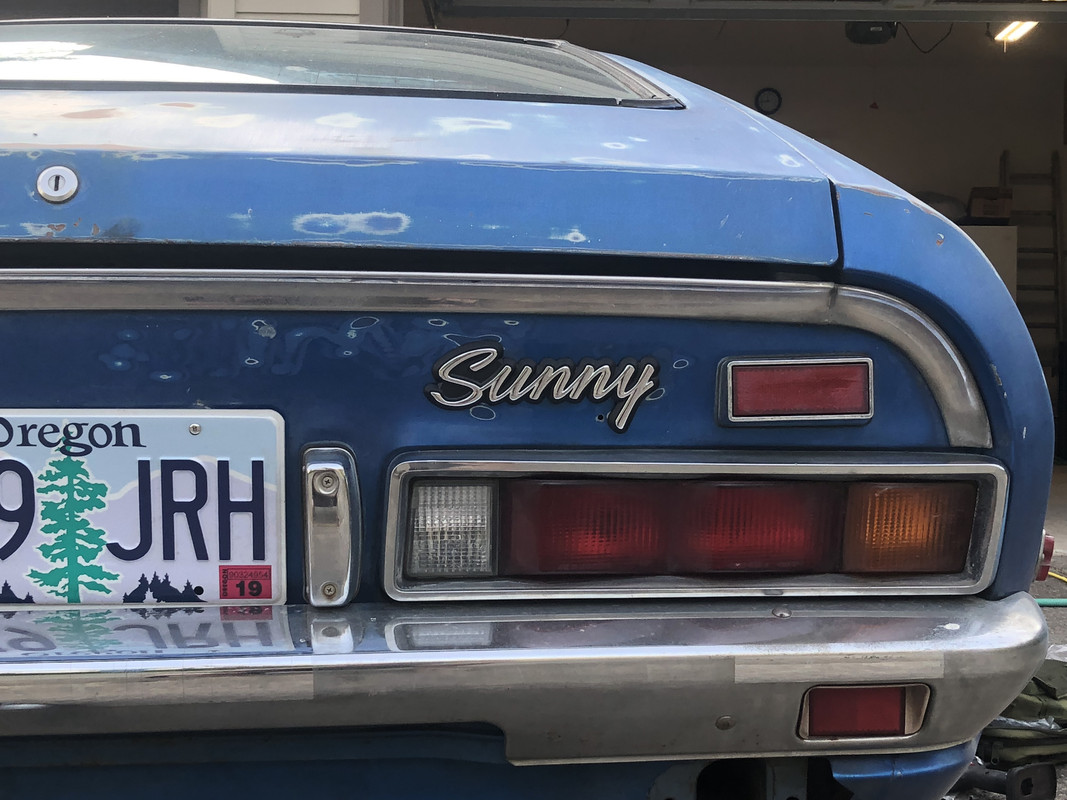 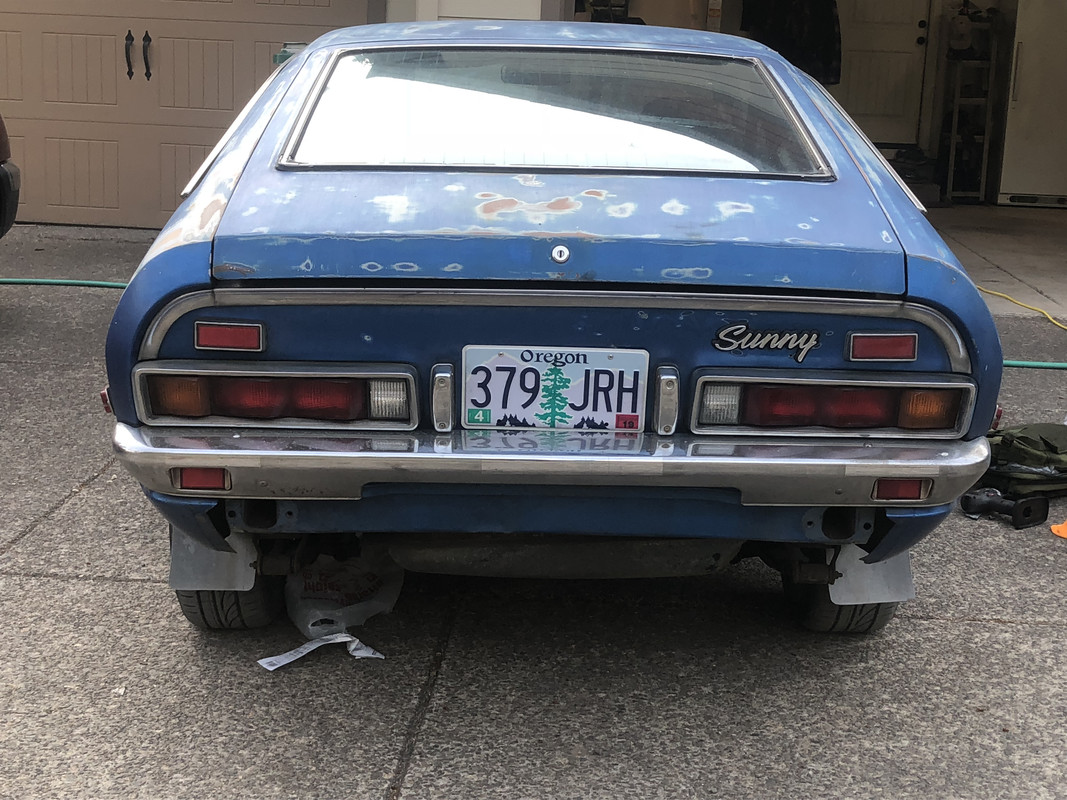 Well today I had some free time so I spent a little time replacing the rear hatch struts. All the stock replacements are way overpriced, $60 for a set is crazy talk. Instead I got them from another vehicle after searching to find the correct compressed and extended lengths. Then I drilled out the pins holding the old struts the the brackets and installed pivot balls. Now the hatch opens on its own after the first few inches and opens a bit wider than before. 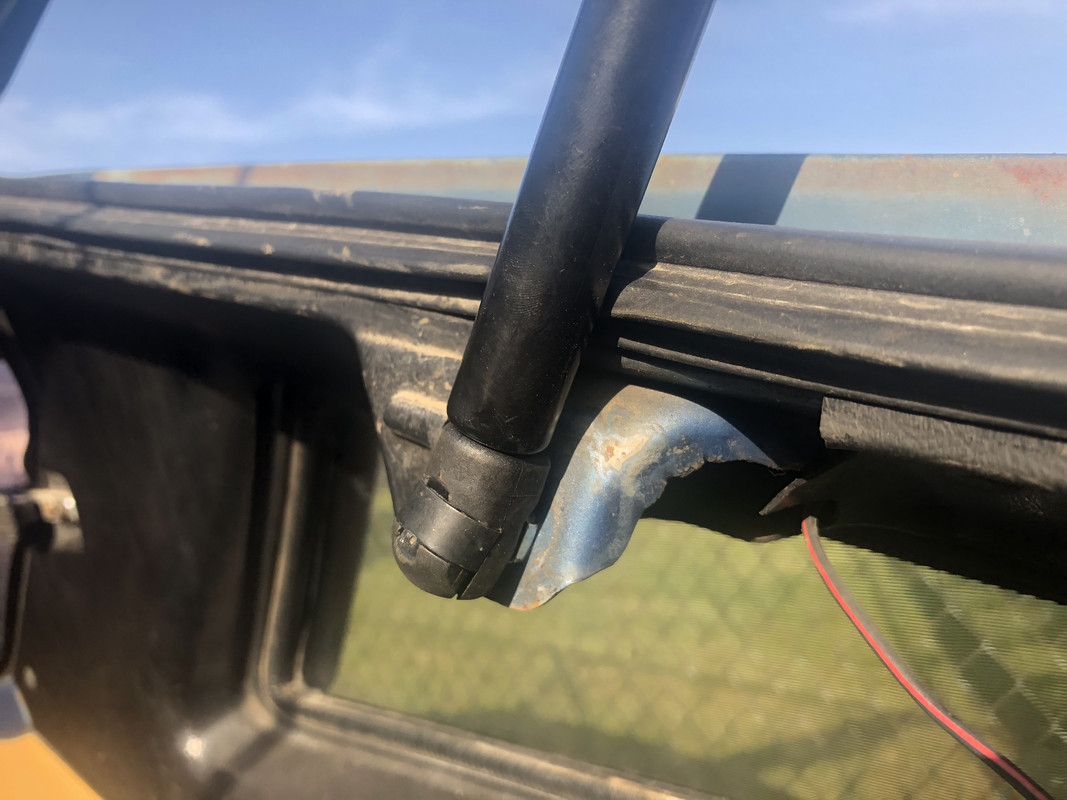 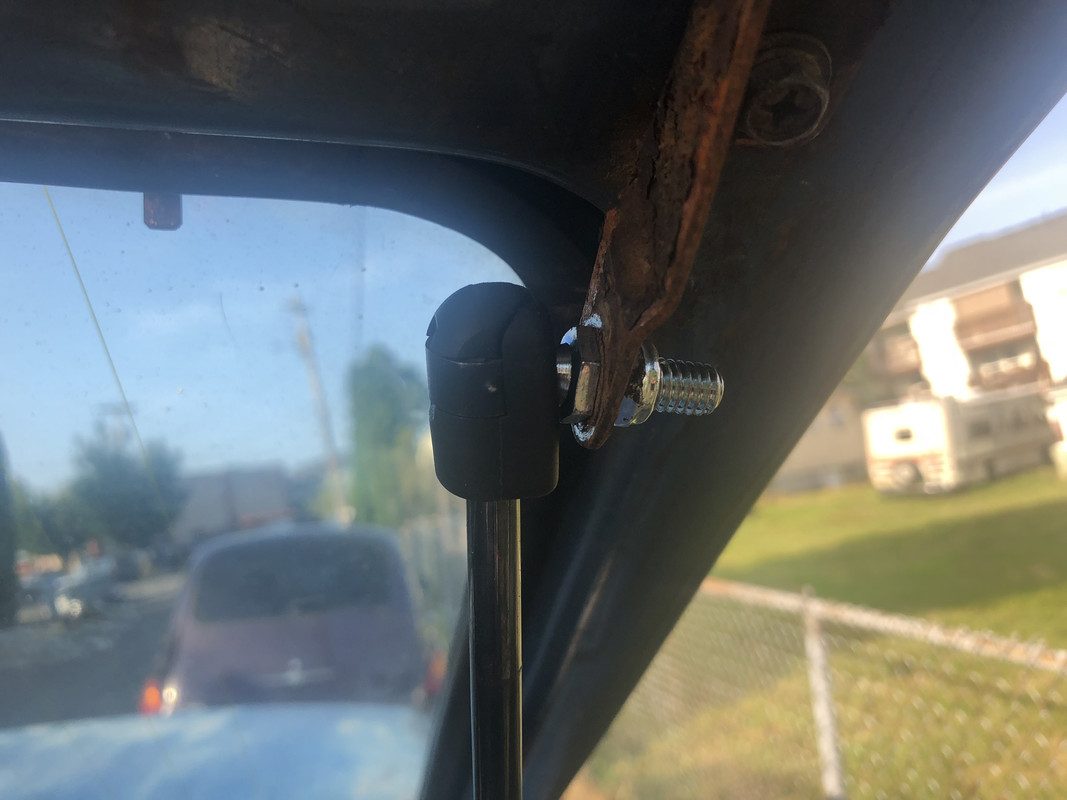 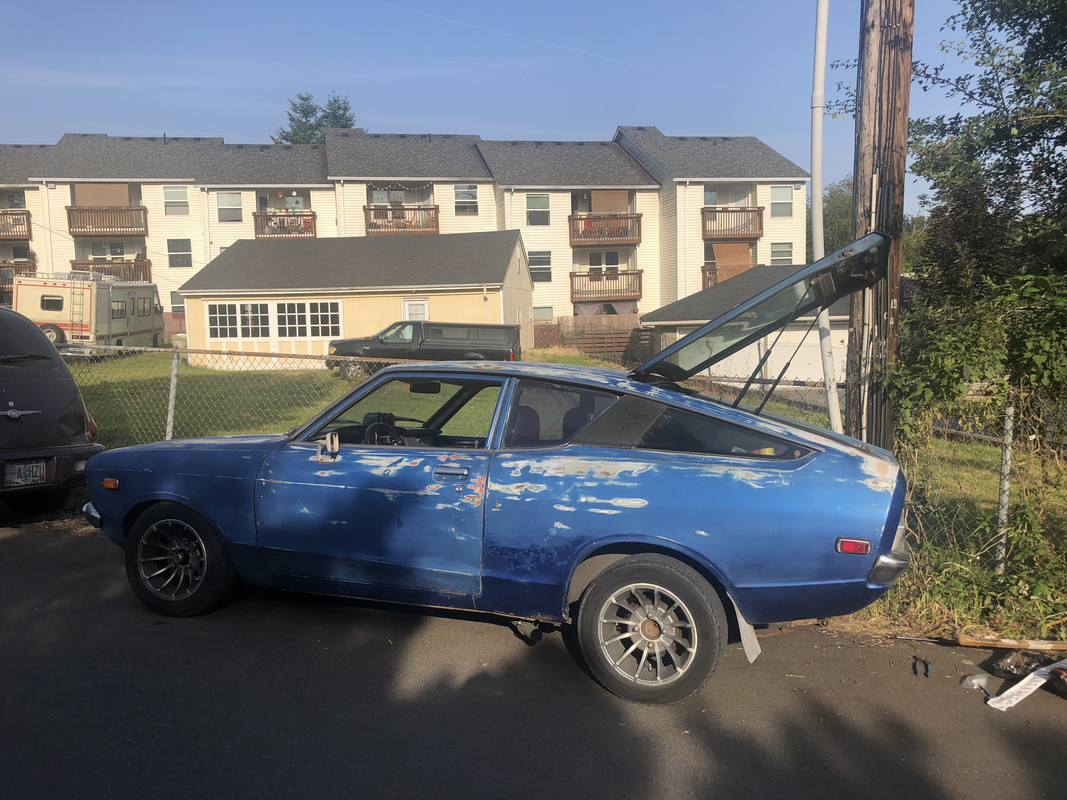 Well I’ve done a ton to get ready for canby. Mainly just cleaning and polishing the turd lol
It looks pretty good but i didn’t have time for many pics lol so I guess I’ll post what I have 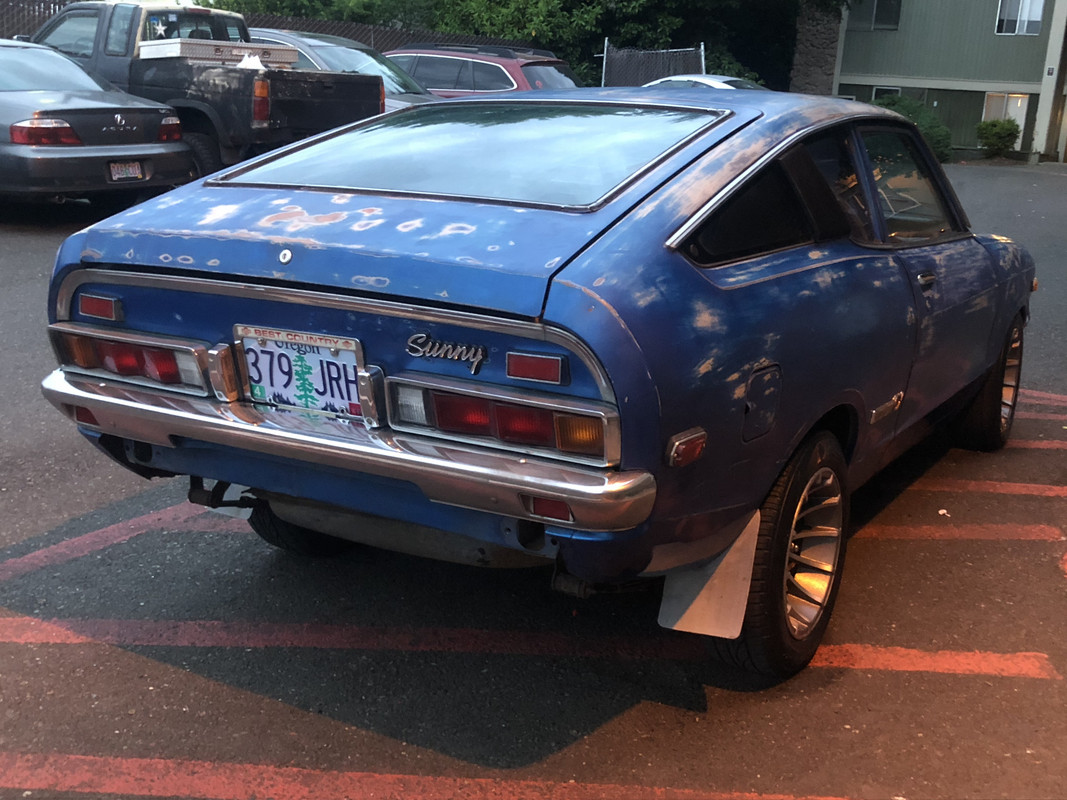 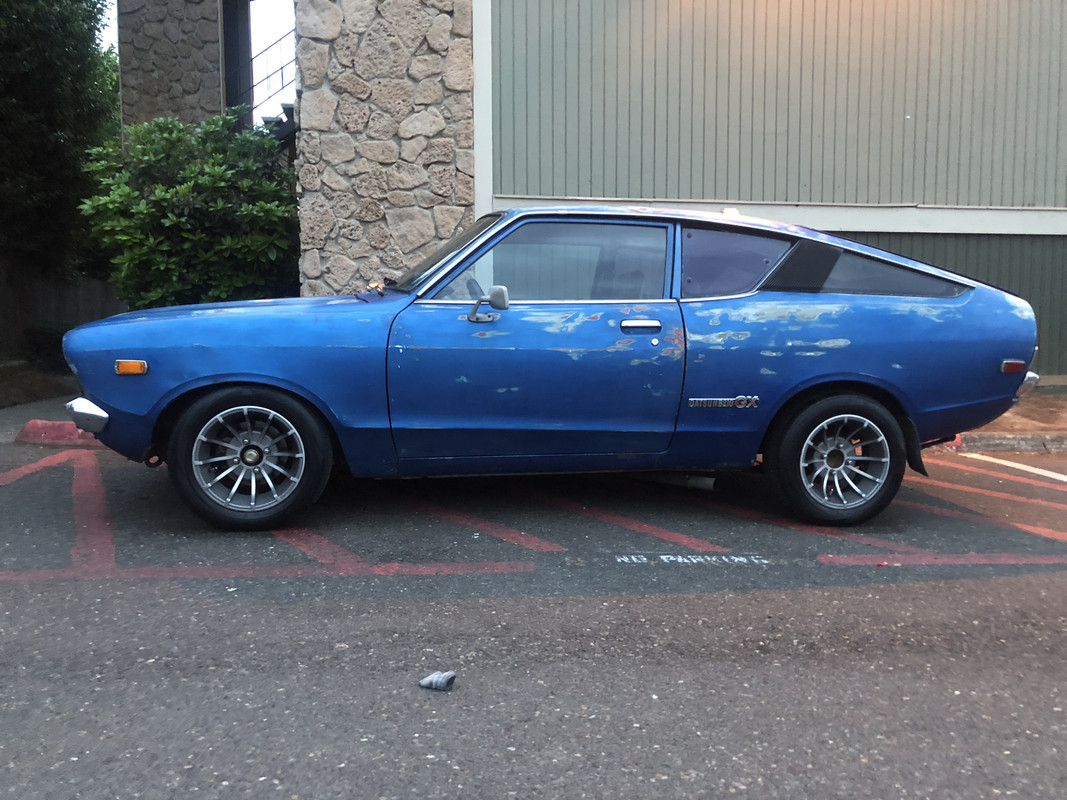 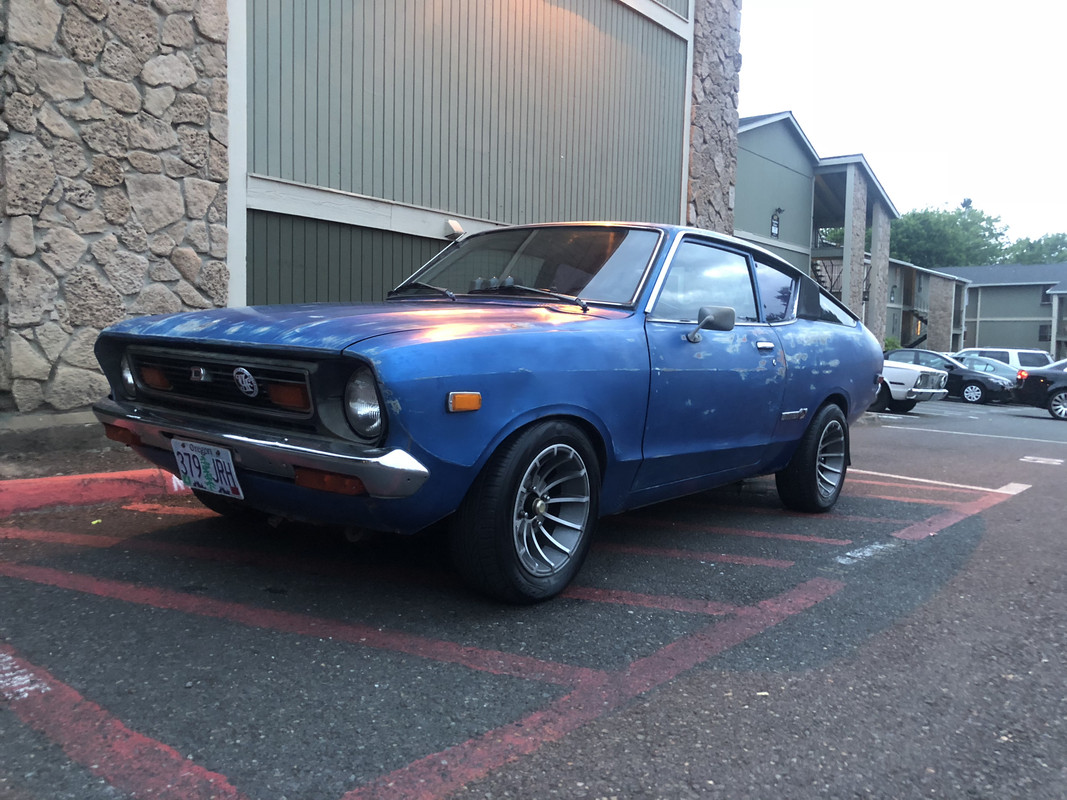 Go get your trophy.
When the only tool you have is a hammer every problem starts to look like a hippy.
Top

Well since canby I haven’t had as much progress. My alternator was warrantied out before canby and already took a shit again. This time it ate it’s own insides after the pulley nut got lose... should have used lock tight.
Anyway I ended up swapping to a nasty one that came off the pathfinder vg33 in my truck. The orientation of the mounting ears is different tho so... I had the mcgiver a tensioner. I ended up using an old L-series one I had laying around. Had to mount it backwards and flipped with a couple washers haha it worked tho. System is charging and I can drive lol. I’ll probably rebuild the maxima alt and swap back later.
Than I was also able to install a random mirror I picked up at canby. Looks pretty good. Now I can sell off the matching oem set I have lol 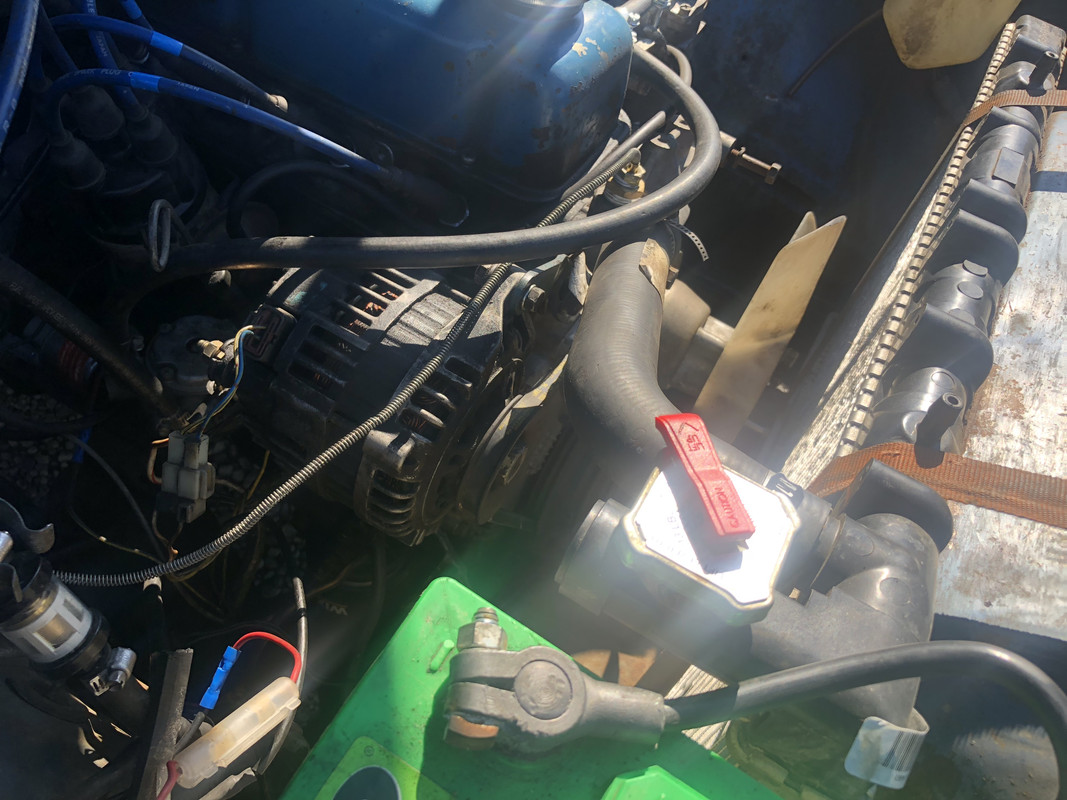 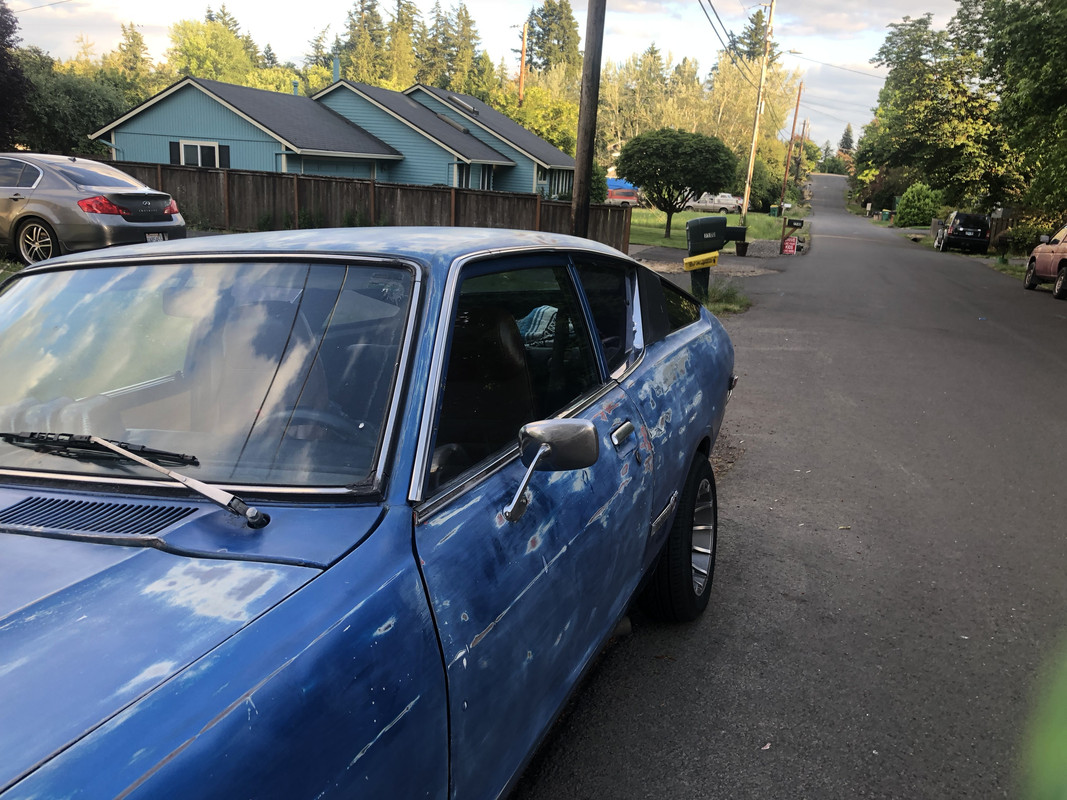 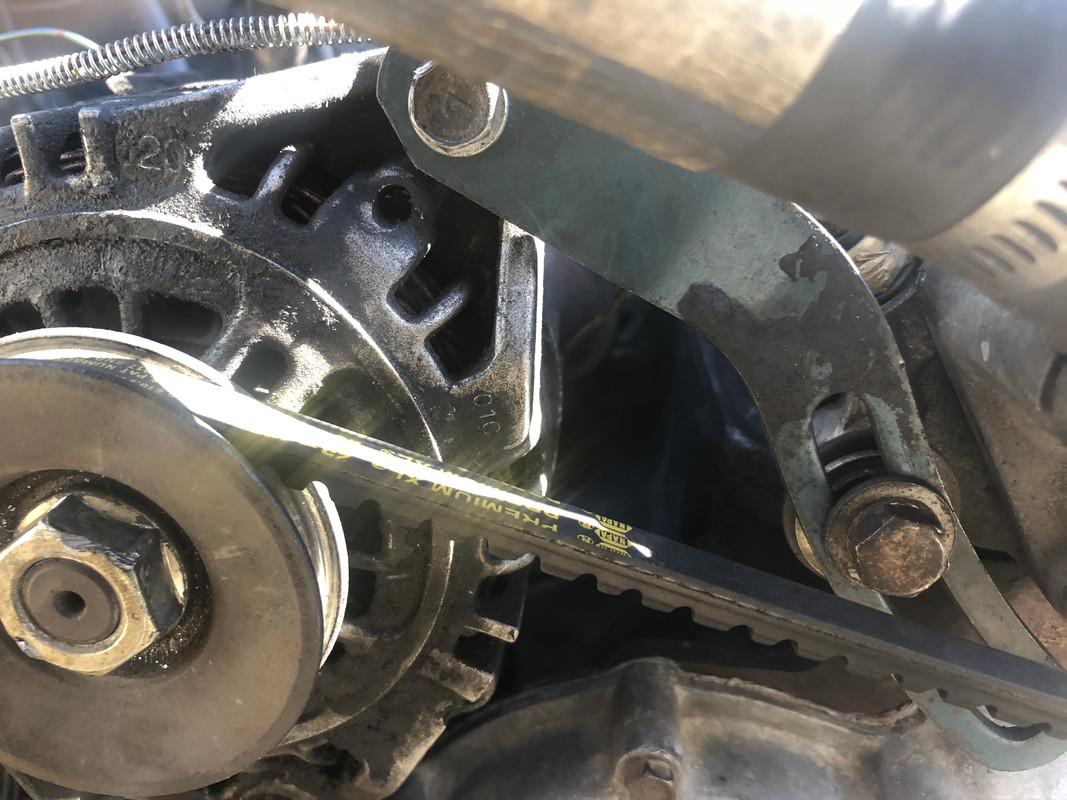 Looks like a 240z mirror.
When the only tool you have is a hammer every problem starts to look like a hippy.
Top 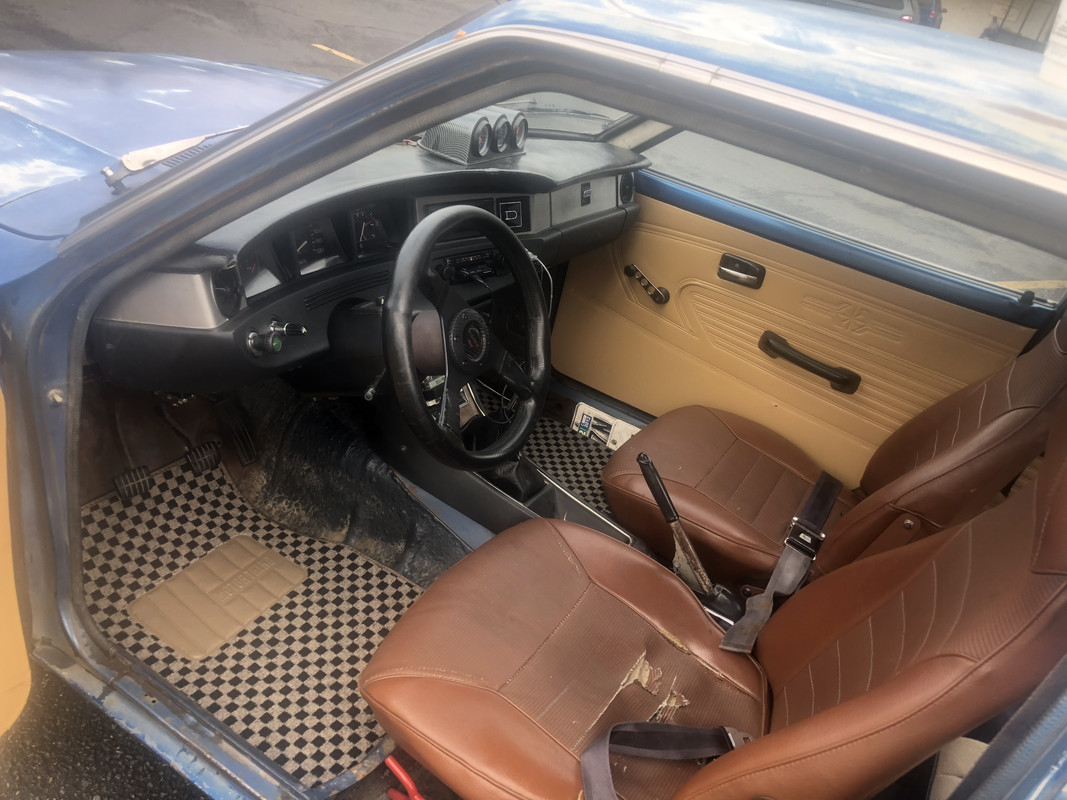